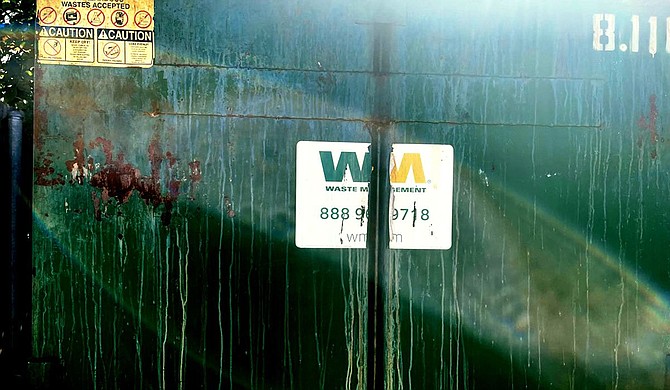 Waste Management initially filed a lawsuit in order to force the City of Jackson into negotiations with the garbage disposal firm. That lawsuit has now been dismissed, though a lawsuit between Mayor Chokwe A. Lumumba and the Jackson City Council remains. Photo credit Kayode Crown

Two weeks after filing a lawsuit against the City of Jackson, garbage-disposal company Waste Management has voluntarily filed a motion for dismissal of its case.

Waste Management initially filed the lawsuit in order to force Mayor Chokwe A. Lumumba to engage in negotiations for a renewed garbage collection contract.

“This offer will give the City and Waste Management an opportunity to resume contract negotiations and hopefully enter into a new agreement,” the original suit read.

The motion for dismissal comes just days after Lumumba filed a countersuit, requesting the court drop Waste Management’s lawsuit because a garbage-disposal contract has yet to be awarded.

The court dismissed Waste Management’s lawsuit with prejudice, but the quarrel between Lumumba and the Jackson City Council remains.

The mayor is now suing the city council after they voted to discontinue Lumumba’s proclamation of a local emergency, wherein the mayor awarded a one-year emergency garbage-disposal contract to Richard’s Disposal.

“The mayor requests this matter be advanced to the Court's

docket for the health and safety of the citizens of Jackson, Mississippi, and to forever end certain questions regarding the relationship between the mayor and the city council,” reads Lumumba’s lawsuit, filed on March 10.

During the city council’s March 8 special meeting, the council first voted to discontinue the mayor’s local emergency, then ratified their own version of a one year contract with Richard’s Disposal.

Lumumba noted his disagreement during that vote, claiming the matter of emergency contracts is solely the domain of his administration.

“I just want to put as a matter of record that this item is not by consent or agreement of the administration,” Lumumba said. “We did not put this contract up, and the placement of contracts is a matter of executive power.”

The council hired attorney DeShaun Martin to represent them in the upcoming court case against the mayor, while also voting to approve representation for the mayor to forestall any legal issues preventing a resolution between Lumumba and Waste Management.