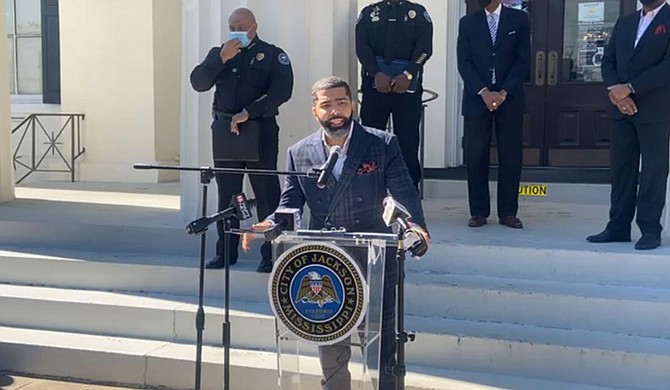 Mayor Chokwe A. Lumumba issued a local emergency order this week in light of an upcoming garbage-contract expiration date. The Jackson City Council has so far voted down Lumumba’s choices for a new permanent contract. Photo courtesy City of Jackson

Mayor Chokwe A. Lumumba issued an emergency contract with Richard’s Disposal as a temporary measure to fix the City of Jackson’s garbage-distribution woes. The Jackson City Council voted twice against accepting the New Orleans-based garbage-collection agency earlier this year as the present emergency contract comes to a close.

Jackson’s current contract with Waste Management is set to expire after March 31, 2022, while ongoing disputes between Lumumba and the City Council have led to a continuing failure to contract for a new garbage-collection agency. The emergency contract with Richard’s Disposal [LINK: http://www.richardsdisposal.com/] will begin on April 1, 2022, and last for one calendar year.

“Cost is certainly a concern, knowing that there are all kinds of mounting costs on the residents, and so that's one of the things that we looked at before we landed at this place where we have a vendor that won the bid,” Lumumba said.

“We wanted to be certain that residents had every opportunity to attend and provide their input,” Lumumba said. “We believe we become a better administration—that we become a better city—when we listen to your concerns, and so that's why that was important to us.”

Lumumba explained his “blind scoring process,” after which Lumumba chose the less expensive choice among the two vendors selected by the council.

“Part of our process of making sure that it was objective was we had a blind scoring process. What that means is that those companies that submitted proposals in order to get the contract could not put their company name on it,” Lumumba said. “They had to be assigned a number so that number would be used and they would be judged just on the merits of their proposals. We then presented each one of those options to the council,and they left two in that process in which I extended to them, they left two available alternatives and I selected the alternative, which was $12 million cheaper.

Lumumba noted that any expense or savings incurred in choosing a vendor would then be passed on to residents.

“The reason that that is important is because ultimately, the contract we choose that expense is going to be passed on to the residents,” Lumumba said. “You're going to pay the $12 million more expensive contract if we go for that.”

A City of Jackson statement released yesterday notes that residents should still expect to have their garbage collected while the dispute continues.

“If an agreement cannot be reached, the City intends to pursue a separate contract for garbage collection until a new contract is legally procured,” the statement reads. “The emergency order is effective immediately and will be brought before the City Council at its next meeting.”

When asked what the mayor would tell residents to expect moving forward, Lumumba echoed the same confidence in a continuation of service.

“I would tell them to expect that their trash would be picked up, that I can say to them,” he said. “And I can say that with a strong level of confidence.”