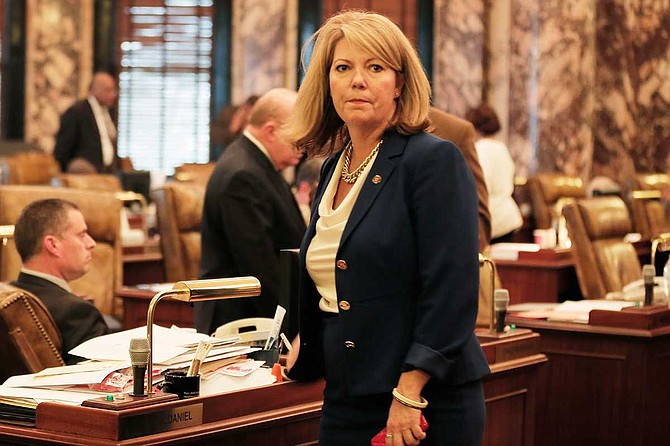 “One’s ZIP code should not determine their access to these technologies,” Republican Gov. Tate Reeves said Wednesday at a bill signing ceremony, according to the Northeast Mississippi Daily Journal.

House Bill 1029 became law immediately. It establishes the Broadband Expansion and Accessibility of Mississippi office, or BEAM, within the state Department of Finance and Administration. BEAM will manage hundreds of millions of federal dollars from the American Rescue Plan Act and the Infrastructure Investments and Jobs Act.

“My team will work diligently to establish a plan to reach unserved areas and to leverage federal funds to reach underserved areas across the state at speeds that will allow all Mississippians to participate in this digital economy that we’re a part of now,” Doty said.

Among the 50 states and the District of Columbia, Mississippi ranks 48th worst for internet coverage, speed and price access, according to the research group BroadbandNow.

Doty said she intends to start leading BEAM in June. The Public Service Commission and the governor will have to find a new leader of the Public Utilities Staff, which works with the three elected commissioners.

BEAM is supposed to create a central process for how broadband dollars are spent for projects across the state.

Because the new law creates a state office and not a commission or board, its decision-making process would likely not be covered by the state’s Open Meetings Act. The law says most BEAM records are confidential and exempt from the state’s Public Records Act. Reeves and Doty said BEAM is subject to oversight from legislators, the governor and DFA.

Republican U.S. Sen. Roger Wicker attended the bill-signing ceremony and said the new state law is a “quantum leap” to connect more Mississippians to quality internet service. Wicker voted against the ARPA bill but for the infrastructure bill.

“Broadband connectivity is the rural electrification of the 21st century,” Wicker said.