Hinds Supervisors Withhold $50,000 from Jackson Zoo Due to Closing 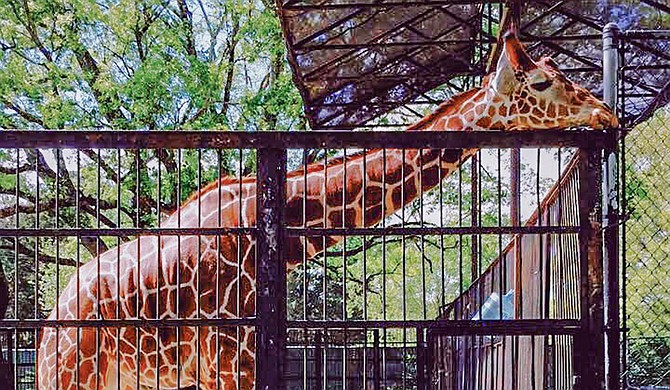 The Hinds County Board of Supervisors voted to withhold a $50,000 grant from the Jackson Zoo, citing legal concerns over apportioning county funds to the closed city zoo. Photo by Stephen Wilson

The Hinds County Board of Supervisors voted this week to reject a claim to give a $50,000 grant to the City of Jackson to support the Jackson Zoo. The board's decision comes amid the zoo's recent closure on Sept. 30 as it waits for its new operator, ZoOceanarium Group Inc., to obtain a required license from the U.S. Department of Agriculture. It closed to the public the day that organization was to take over the zoo.

"We're about to approve a claim for the City of Jackson for the zoo. The zoo is not operating," Hinds District 4 Supervisor Mike Morgan said during the meeting after the claim was presented. He questioned the legality of contributing county funds to the closed city zoo before it re-opens.

Board Attorney Pieter Teeuwissen explained that contributions from the county to the city zoo were legal as long as the facility was open. Three years ago, the state auditor notified the board of supervisors that it did not have legal authority to financially support the zoo, he said. But earlier this year, the Legislature passed a statute that allowed the county to continue supporting it, and the attorney general approved an additional interlocal agreement to ensure the legality of apportioning county tax dollars to the capital city's zoo.

"I think it would be a question on the ... recipient's end, the City of Jackson, as to what they could do with any grant from Hinds County if the zoo is not operating," Teeuwissen said at the Monday meeting.

"I support the zoo, I voted yes every time this has come up," Morgan said before casting his vote to reject the claim. "I'm not confident that the zoo is going to reopen to the public ... and our agreement to assist the zoo financially (was) in anticipation that it was going to be operating. ... It would be my opinion that we should wait."

District 5 Supervisor Bobby McGowan also voted against contributing to the zoo, though he did not provide any comment during the meeting.

"We're helping to fund the zoo because it is used by citizens all over Hinds County, not just Jackson, and that's the justification of spending Hinds County tax dollars on that. But we didn't agree to fund a closed zoo that's just trying to keep the animals alive until they can do something else," Morgan said of his vote.

District 3 Supervisor and Board President Peggy Hobson Calhoun, who was in favor of giving the zoo money, insisted that the facility was in operation and that animals still needed care. "According to the Executive Director ... the zoo is not actually closed," she said Monday at the meeting. "They are still in operation. They are still taking care of animals. It's just that the employees have temporarily been laid off due to reorganization, but the zoo is not closed. It's still in operations. They have to take care of the animals, they have to feed the animals, provide for the animals."

"Based upon the information that I have, I feel comfortable that the zoo is going to reopen," Calhoun added.

It could be at least two or three months before the zoo reopens. As of late September, due to an "oversight," the new operator the City of Jackson selected to take over the zoo did not have a license for exhibiting or caring for animals, nor had the accrediting agency, the U.S. Department of Agriculture, been scheduled for a required site visit.

"I told the supervisors after the meeting, as soon as the City comes back with a plan and says 'we're opening the zoom and here's how it's going to operate,' I'll be happy ... I think that's a good use of county tax dollars," Morgan said during the podcast.