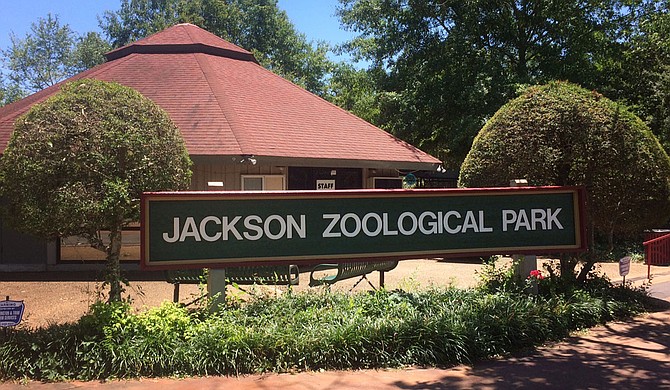 The Jackson Zoo will open Friday, Aug. 21, and serve the public on weekends until the end of the fiscal year on Sept. 30. Photo courtesy Jackson Zoo

New information has emerged about plans to reopen the Jackson Zoo after it closed last year. Opening later this month, the zoo will offer weekend visits and limit the number of visitors.

"The goal is (to open on) August the 21st; we will have a soft opening for the (zoo) members," Director of Parks and Recreational Services Ison B. Harris Jr. told the Jackson City Council Finance Committee Tuesday when he presented the department’s budget. "It will be opened just on Saturdays and Sundays, and it will be limited hours, (with) limited people that can actually come (in), and we are going to do that until the end of this fiscal year (Sept. 30)."

Harris said a lot of effort went into getting the zoo up and running after it closed in September 2019.

"We did a lot of work, extensive work out there in the zoo. On this Wednesday (yesterday), we are going out there and doing a kind of a clean-up," Harris said. "It's been a long haul (to get here)."

Mayor Chokwe A. Lumumba told the city council on July 21 that the City had received a temporary exhibitor's license for the zoo, which he said paved the way for “soft opening” this month because of the COVID-19 pandemic.

The statue of former President Andrew Jackson in front of the Jackson City Hall, who was a slave owner who helped drive Native Americans off their lands, may soon have a new home. Mayor Lumumba informed the city council Tuesday during the budget presentation before the finance committee that the City will not need to spend any money on the proposed relocation.

The statue of former President Andrew Jackson who was a slave owner who helped drive Native Americans off their lands, in front of the Jackson City Hall may soon have a new home. Photo courtesy City of Jackson

"We have been talking about the Andrew Jackson statue. The National Park Service has reached out to the City of Jackson and has offered to take the statue at no cost," Lumumba said.

The city council authorized the mayor on July 7 to relocate the statue.

"We should not have to constantly encounter the likenesses of those who profited off of the blood, sweat and despair of our ancestors or see them immortalized as honorable," Lumumba said then in a statement.

The Hinds County Board of Supervisors on July 6 committed to relocating the Confederate statue at the Hinds County Courthouse in Raymond, saying that it represents racial injustice after a citizen brought the issue to their attention.

Supervisors in several counties had also voted on whether to move Confederate statues away from courthouses, the Associated Press reported. Bolivar, Leflore, Lowndes, Noxubee and Washington county supervisors agreed to move their statues, but supervisors of Lee, Lafayette, Neshoba and Lauderdale counties voted against the change.

The Lafayette County Board of Supervisors rejected a proposal to relocate the Confederate statue in the middle of Oxford Square. The Associated Press reported that several board members said they did not believe moving the statue would cause unity in the county and community.

Lee County Board of Supervisors on Aug. 3 opposed moving a rebel statue in front of an old courthouse put up in 1906 by the United Daughters of the Confederacy.