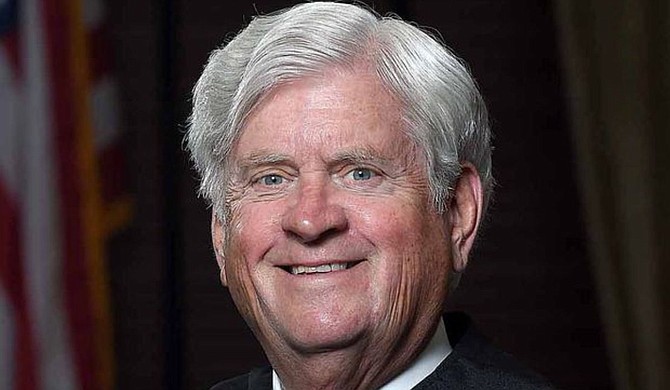 The four Hinds County judges had at various times recused themselves from the case paving the way for the appointment of the special judge after the Hinds County Senior Judge Tomie Green made the request. Pickard served for 24 years as Copiah County Circuit Court Judge before losing to the current holder of the position, Judge Tomika H. Irving, in November 2018.

Administrative Office of Courts Public Information Officer Beverly Pettigrew Kraft told the Jackson Free Press on the phone on Tuesday, Dec. 28, that the chief justice appointed Pickard to the case shortly after receiving the request that day. "Judge Pickard is from Hazlehurst, and he's retired but still hears cases as a senior-status judge," she added.

In October, Archie brought two cases against the Hinds County Board of Supervisors for voting to remove him the previous month.

Archie earlier filed a similar case in the circuit court on Oct. 7 before seeking injunctive relief on Oct. 17 from the chancery court, as the Jackson Free Press reported.

The four Hinds County Circuit Court judges similarly recused themselves from hearing the case, and Senior Judge Green sent a letter dated Nov. 5, 2021, to the chief justice to that effect. The supreme court clerk's office received the letter on Nov. 9, and Justice Randolph again appointed Dickinson to the case.

Archie filed an amended complaint on Nov. 11, 2021, alleging that his removal did not follow proper procedure and that the board failed to identify any reason for his removal, as well as asserting that heated arguments or strong disagreements among Board members are not grounds for president or vice president removal.

As a result, Archie's removal as vice president compromises his ability to become president, as he claimed in his lawsuit that his public allegations of corruption of elected officials led to "retaliation against him and the removal of him from the Vice-Presidency, since that would make him the board president in January 2022."

Board Voted Gavin as Vice President

Furthermore, after a motion from District 5 Supervisor Bobby McGowan on Oct. 18, the board voted District 4 Supervisor Vern Gavin as vice president over Archie's objection of improperness.

On Wednesday, Dec. 29, the board of supervisors held a special meeting and voted on a "motion to change and/or clarify the Board Policy electing President and Vice President for the Board of Supervisors."

On the phone, Gavin told the Jackson Free Press on Thursday, Dec. 29, that the motion was an opportunity to clarify the board's decisions concerning the two positions.

"The implication was to make clear any uncertainty as it relates to some prior actions that was taken during the summer months, by the board of supervisors, that was verbally challenged, if you will, by one of the board members (Archie) who was actually removed from the position," Gavin said.

"And now that was an opportunity for any discussion to be taken—if need be—to clarify the decision that was taken and how it was done."

He contends that Calhoun will continue as president in 2022 for a second year based on a previous motion taken by the board.

Archie, however, said at the Wednesday meeting that Calhoun would no longer be the president in January and raised objections to the proceedings. Over the last months, the District 2 supervisor has loudly alleged at contentious meetings that his removal did not follow the Robert’s Rules of Order, which, he said, demands two-thirds votes for such an action.

"If you have been following the board, you would notice that there was constant reference to improper procedures and so forth, and which was not true," Gavin said on the Wednesday call, and added that there are different ways to remove an individual from a position, including the two-thirds majority.

The District 4 supervisor stated that another option is a majority vote following prior notice, adding that this is the procedure the board followed to remove Archie from his position as vice president.