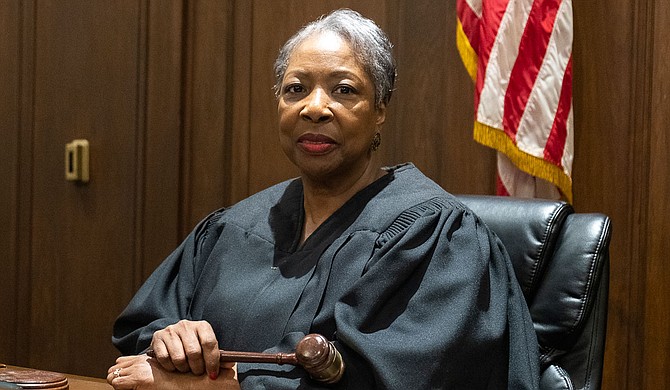 Before Green's letter, all four Hinds County Circuit Judges had recused themselves from hearing the case.

Six days after Pickett filed the complaint on Oct. 14, Hinds County Circuit Court Senior Judge Tomie Green recused herself and ordered the circuit clerk to randomly assign the case to another Judge, citing prior knowledge of the parties. The task fell to Judge Adrienne Wooten.

Subsequently, on Nov. 18, citing "fairness to all parties," Wooten recused herself from hearing the case, explaining that the Code of Judicial Conduct requires that "Judges should recuse themselves in proceeding in which their impartiality might be questioned."

Judge Winston L. Kidd then got the case and promptly recused himself the next day, Nov. 19. The last remaining circuit court judge, Judge Eleanor Faye Peterson, signed her recusal letter on Dec. 16.

Pickett claimed that the Ward 6 councilman and Ward 7 councilwoman told others that he offered a bribe to Banks to vote for his preferred vendor for the City's botched garbage disposal contract.

Pickett alleged that Banks instigated the slander against him and told Lindsay, who communicated the same to Mayor Chokwe A. Lumumba. However, on Dec. 10, Judge Green granted Lindsay and Pickett lawyers' joint verbal request to remove the councilwoman from the case.

"Aaron Banks told people I offered him $20,000 and told Virgi Lindsay that I offered him $50,000 for a vote regarding a contract, which is absolutely not true," Pickett told WJTV's Gary Burton Jr. in October.

Banks denied that he slandered Pickett, claiming that Pickett offered him $50,000 to vote for FCC Environmental Services, which the city council eventually rejected after it considered it twice in August.

Banks responded to Pickett's complaints on Nov. 19 and asked the court to dismiss the case, claiming that Pickett sued him in his individual capacity despite making the allegations in his official capacity. He added that to follow the law, Pickett should have filed a notice of claims with the City of Jackson 90 days before approaching the circuit court correctly.

"Though identified in his individual capacity, … these allegations occur while he is serving as an employee council member of the City of Jackson, in his official capacity," Banks' lawyer, Michael J. Wolf, wrote in his filing. He further explained that the Mississippi Tort Claims Act states that "no employee shall be held personally liable for acts or omissions occurring within the course and scope of the employee's duties."

Banks said that the allegations were lacking in substance, noting, "It is well settled in Mississippi jurisprudence that the mere use of a label such as ‘thief,’ ‘crook,’ or ‘liar’ is insufficient to prove defamation, per se. For words to be, per se, actionable, the slander must be clear and unmistakable from the words themselves and not be the product of any innuendo, speculation, or conjecture."

In his response on Nov. 19 , Pickett claimed that the 90-day rule does not apply because he sufficiently alleged slander, and he can sue Banks in his individual capacity.

"The Mississippi Supreme Court has been clear that intentional torts, such as malice, slander, and defamation are outside the scope of (the) waiver of immunity," TreMarcus D. Rosemon, Pickett's lawyer, stated.

In Banks' subsequent response on Nov. 23, he said Pickett could not sue him in his individual capacity while placing the "acts back into the scope of (his) employment" in various portions of the complaint. He added that the allegations are within the "scope of legislative debate" and that he is, therefore, not liable for any claim.

In a filing on Dec. 15, Banks' attorney, Wolf, gave a “notice of hearing” for the court to hear his client's motion to dismiss in April 2022.