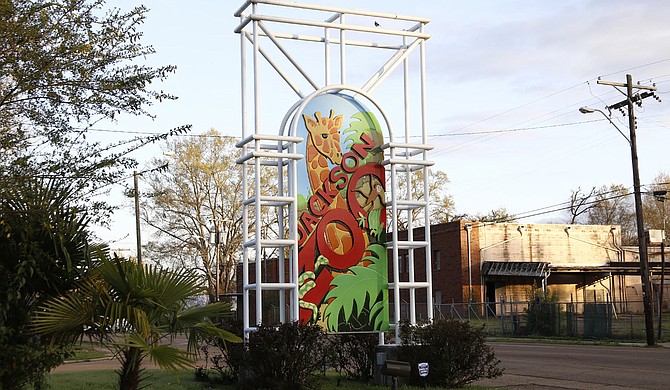 On Friday, a Hinds County Chancery Court judge granted the City of Jackson a temporary restraining order against the Jackson Zoological Park after city officials claimed that the zoo was planning to illegally move animals to the McClain Lodge in Rankin County. Photo by Imani Khayyam

The last week saw important developments in Jackson's public schools, its police department and the Jackson Zoo. Jackson Public Schools, the state's second largest school district that is deep into a plan to avoid a takeover by the State of Mississippi, went up a letter grade over the previous year. The Mississippi Statewide Accountability System, an A-F grading system that measures student achievement through a number of factors such as test scores and growth, gave Jackson Public Schools a rating of "D" after last year's "F" rating.

Jackson students demonstrated a 23.8% proficiency in math, compared to 19.6% last year, and the graduation rate increased by 4.4%, with 74.2% of students graduating from high school.

College and career readiness remains a problem, however, with 15.8% demonstrating readiness this year compared to 17.5% last year. To put the district, which serves many families living in poverty, in perspective, 71.4% of students in Oxford are prepared for college, the report found. Chronic absenteeism, which homelessness and lack of transportation exacerbate, is up by 8.1% in Jackson Public Schools. The same report found that the achievement gap worsened for students in districts rated C, D, or F, while the number of A-rated schools increased.

City Gets Restraining Order Against Zoo

Last Friday, a Hinds County Chancery Court judge granted the City of Jackson a temporary restraining order against the Jackson Zoological Society to prevent the illegal transfer of animals. The City claims that the society was planning to illegally move a 6-year-old zebra from the west Jackson zoo to the McClain Lodge, an entertainment venue in Rankin County. The facility hosts a "McClain Safari Tour" for its guests.

The injunction comes after the Jackson City Council approved filing a lawsuit against the zoo on Sept. 17 over $6 million in unpaid water bills and an ongoing dispute over the zoo's proposed relocation to east Jackson. The zoo is in west Jackson in an area that has suffered economically due to white flight and divestment.

Last week, the Jackson Free Press reported a judge's ruling that Jackson voters do not have a say in airport affairs, the city council's vote to reject a nearly $800,000 bailout request from the Jackson Convention Center, and concerns around the Hinds County Board of Supervisors' vote to destroy 23 years of public records. You can read about those developments and more in our weekly city news roundup.