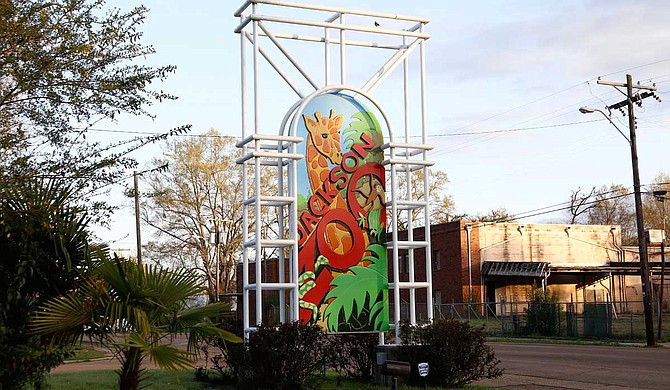 The Jackson Zoo likely will get a new operator, and one with no intentions to move the facility from its long-time home in west Jackson to eastern edge of Jackson. Photo by Imani Khayyam.

JACKSON — The Jackson Zoo likely will get a new operator, and one with no intentions to move the facility from its long-time home in west Jackson to eastern edge of Jackson.

ZoOceanarium, based in St. Louis, Mo., would take over the day-to-day operations from the Jackson Zoological Society, which has operated the facility in its location on West Capitol Street for more than 35 years. The Jackson City Council voted to allow the city administration to enter into contract negotiations with the group on Jan 28.

"We want to stabilize the situation at the zoo so that we can make a long-term plan," Jackson City Council President Melvin Priester Jr. said this week.

ZoOceanarium representatives and the Lumumba administration must reach an agreement in their negotiations before the council can approve a contract. It is a change Mayor Chokwe A. Lumumba started hinting about last year after the zoo's director, Beth Poff, resigned.

"We want to see a Jackson that is thriving on all ends. We don't want to see an island of wealth surrounded by a sea of poverty," the mayor said in August 2018. "So as we see a downtown that is developing day by day, as we see some areas that have traditionally had a greater amount of development take place in recent years, we have to make certain that we do not leave in the wake of all that development areas that have been forgotten and left by the wayside."

ZoOceanarium's website says it "specializes in developing and operating a new generation of aquarium and zoological facilities that emphasize excellent animal care and wellbeing and that create unique opportunities for people to appreciate and learn about animals through once-in-a-lifetime-experiences."

The group is 20 years old and has company offices in Dubai in the United Arab Emirates and Singapore in Southeast Asia, and in the United States. It built a tropical rainforest in the heart of Dubai.

ZoOceanarium has managed a variety of animal programs, ranging from wildlife-focused science centers to public aquariums. It also works closely with businesses, from malls to hotels and resorts to theme parks and other attractions, on concept design, animal collection, planning, and facility operations and management.

A major question for the negotiations is the date zoOceanarium would take over the zoo. Until then, current staff are still caring for the animals, and volunteer groups have been cleaning and enhancing the park, Jackson Parks and Recreation Director Ison B. Harris Jr. said in an interview. He added that the plan is not to remove any current staff or positions.

"We want to make sure we get our negotiations (done), but one of the good things in their proposal was to make the zoo more state-of-the-art technological and interactive type of zoo," Harris told the Jackson Free Press.

The City of Jackson Department of Parks and Recreation has three divisions: maintenance, athletics and programming. It is responsible for City-run community centers and parks, including the zoo, Harris said. The previous mayoral administration appointed him to the zoo's board of directors.

"I'm sure they'll bring in some people from their organization...," Harris said of zoOceanarium. "Their intent is to come in and work with the current staff, to train and develop them."

EJ Rivers, the media and event specialist for the Jackson Zoo, told the Jackson Free Press that the zoo runs day-to-day the way it has for almost 100 years, despite the mismanagement, and is signing up new members.

"Operations as normal. We are open 9 a.m. to 4 p.m...," she said in a phone interview. "All of the events are being scheduled as normal. ... Prices are the same. Our animal collection is the same. We've had a lot of volunteers come out. We've had some painting done, we've had some repairs, and it's constantly a work-in-progress."

As a nonprofit, the Jackson Zoological Society could continue fundraising for the zoo, Priester said. ZoOceanaurim is a for-profit company and has no established relationships with local nonprofits or donor bases. Zoos are expensive to operate. Donations are critical, although the city of Jackson does give monetary support.

Priester said the City needs a more comprehensive plan to keep the zoo in west Jackson. The area's decline over the years due to white and economic flight is a factor, with some donors insisting that it move to the eastern edge of Jackson near Rankin County due to the dilapidated houses and lack of up-to-date infrastructure the area.

"We want a new operator in hopes that they can bring financial stability and attract new visitors to the zoo...," Priester said, "but this issue is more than what we should do in terms of the zoo. The issue is really what are we going to do about west Jackson as a whole."

Many Jacksonians, including Mayor Lumumba, Ward 5 City Councilman Charles Tillman, and organizations such as the Voices of Calvary Ministries and long-time residents have long been adamant about keeping the zoo where it is, as well as making it an economic-development anchor in a majority-black neighborhood.

"To have this very short-sided analysis of being in west Jackson as being the only factor which has led to the decline is disingenuous, and we're seeing a zoo that has survived for more than 100 years," Lumumba said last April. "And I believe that we're smart enough to allow it to survive now as it stands."

Harris is hopeful about the next stage. "We're excited about the opportunities that the zoo is going to stay in Jackson and that we have a dedicated group that wants to come in and make some changes and enhance what we have and make the zoo a more wonderful place that it already is," he said.

The City of Jackson's ongoing budget challenges caused a decline in funds allocated to the zoo. The zoo's former executive director, Beth Poff, told the City she needed $1.5 million two years ago but only received $980,000 within the last two fiscal years.

Poff resigned last year because it emerged that she had redirected state bond money to make payroll and pay for animal care in the wake of the budget shortages.

"Going forward, I think the city and the zoo will have a closer relationship than what we've had in the past," Harris said. It will be a little more transparent than it was in the past. We will work harder with this group to be sure that those mistakes made with the last group doesn't happen this time."

Natosha Pengarthit is an intern reporter covering the City of Jackson and the Jackson City Council for the Jackson Free Press. Email her at [email protected] and follow her on Twitter and Instagram at @nnpengarthit