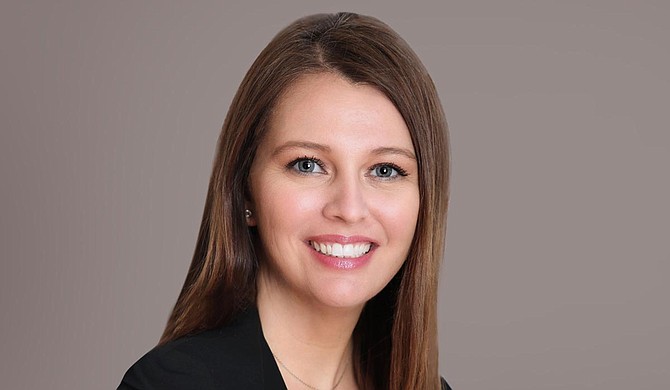 Shanda Yates, a 38-year-old Jackson-area attorney, has ousted Billy Denny, a top Republican in the Mississippi House of Representatives who first won his seat in 1987—when Yates was just 6 years old. The Democratic political newcomer beat the longtime House District 64 incumbent by about 51% to 49%, the Hinds County Election Commission confirmed to the Jackson Free Press after finishing counting provisional ballots on Monday.

In 2015's legislative elections, Democrats did not even field a challenger in House District 64, which includes a precinct in Madison County. Denny's last Democratic challenger was Jackson attorney Dorsey Carson, who lost by about 13 points in 2011.

"It's really exciting. It's also a little surreal if I'm being honest. ... Always in the back of my mind, I thought, 'This is probably not going to pan out,'" Yates told the Jackson Free Press shortly after the final vote totals came in on Monday afternoon.

Unlike other Democrats trying to unseat incumbents, Yates did not try to run as a conservative Democrat. She was honest when voters asked her about issues where she takes a more liberal view, she said, but she focused mainly on "things people cared about and were concerned about," like education and fixing the state's roads and bridges. Her campaign knocked on more than 10,000 doors, she said.

Podcast with Shanda Yates and JFP Editor-in-Chief Donna Ladd after the election in November.

Former U.S. Secretary of Agriculture Mike Espy helped, she said, with get-out-the-vote efforts, funding and district-level data from his 2018 run for U.S. Senate. Since the Nov. 5 election, he has announced a second run for U.S. Sen. Cindy Hyde-Smith's seat in 2020.

Yates, an attorney who earned her law degree at Mississippi College School of Law, is a partner with her husband, Yancy Burns, at their law firm, Burns & Associates PLLC. Earlier this year, she discussed her candidacy in a questionnaire for the Jackson Free Press.

"I am a working mother. I am a small business owner. I am an attorney. I am a proud public school graduate. Being 'in politics' was never on my radar. But change was," she wrote. "My husband and I plan to raise our 4-year-old son in Jackson. We have a vested interest in the future of our neighborhoods, communities, district and state as a whole. I am running to be the change that I want to see."

In the same questionnaire, she said she recognizes that she must work to address issues that disproportionately hurt African Americans.

"My district is located almost entirely within the city of Jackson. The public schools in Jackson are attended primarily by African American students," she wrote. "I believe that providing a quality education to these students is the first step in addressing many of the issues that disproportionately affects minorities, including job access."

Denny served in the U.S. Air Force and is a retired executive of Barclays/American Credit, a multinational banking company. In the House, he is the chairman of the Apportionment and Elections Committee, and would have led efforts to redraw House District maps in 2020 if he had won the final count.

In DeSoto County, Hester Jackson-McCray, an African American woman, also flipped the GOP-held House District 40. She previously lost it by 36 points when she ran in 2015. Like Yates' district, House District 40 is mostly suburban.