Hood: Governors Can’t Do Their Job and Follow the ‘Billy Graham Rule’ 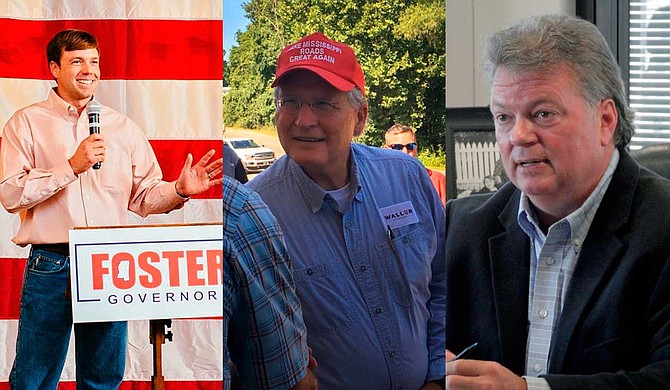 Republican candidates who say they cannot be alone with women who are not their wives are “ridiculous,” Mississippi Attorney General Jim Hood said in a fundraising email sent to supporters on Thursday.

Hood, the Democratic frontrunner in the race for governor, was referring to Republican candidates Robert Foster and Bill Waller, who say they both follow the rule that evangelicals call the “Billy Graham Rule.”

“First, in 2019, to even be having this conversation is ridiculous,” Hood said. “That said, strong women, beginning with my mom, have played an important role in my life, in my Attorney General’s Office, and in my campaign for governor. If I couldn’t meet with women alone to discuss issues important to them and to Mississippi, I wouldn’t be able to do my job.”

‘My Truck, My Rules’

Earlier this month, Foster, who is currently a state representative from DeSoto County, told Mississippi Today reporter Larrisson Campbell that she could not join him for a planned ride-along trip unless she brought a male colleague with her to chaperone. Ride-alongs, in which reporters travel with a candidate’s campaign for a day, are a common tool in political reporting.

In an interview a few days later, Foster told CNN that he would have no problem with a male reporter joining him. Then, on Fox News later that evening, host Martha MacCallum asked the candidate if, as governor, he would be able to ride in a car with a woman attorney general alone.

Foster said no; the rule would apply to “any woman.” State Treasurer Lynn Fitch, a woman, is running for the Republican nomination for attorney general. But Foster told MacCallum he is not worried about offending professional women.

"Their feelings and their concerns about being discriminated against do not trump my vow that I made to my wife and my belief that I should not be alone with another woman who I am not married to,” he said.

While Foster drew scorn from national media outlets, he drew praise from conservatives and evangelicals, who flocked to his candidacy. His social media accounts grew by thousands, and he began using the incident to fundraise. He is giving away “#MyTruckMyRules” bumperstickers to supporters who donate to his campaign.

As if to make the point, Foster shared a video to Facebook on July 13 showing Zach Holbrook, a male reporter from Magee News, driving his truck as part of a ride-along; Foster was in the passenger seat.

“We’re here live today with Robert Foster, where it’s his truck, his rules,” Holbrook said, looking into the camera.

In Hood’s statement on Thursday, he vowed that women “will play an important role in my administration.”

“I will move to pass an equal pay law for women; continue to fight domestic violence against women; and provide economic opportunities in business and industry for women. And I will do all these things while meeting with women—alone if necessary—to hear their voices and champion their causes,” he said.

This year, multiple legislators introduced versions of the “Evelyn Gandy Fair Pay Act,” named for the first Mississippi woman elected to hold statewide office and who served as lieutenant governor in the 1970s. As in past years, each bill died in committee, though.