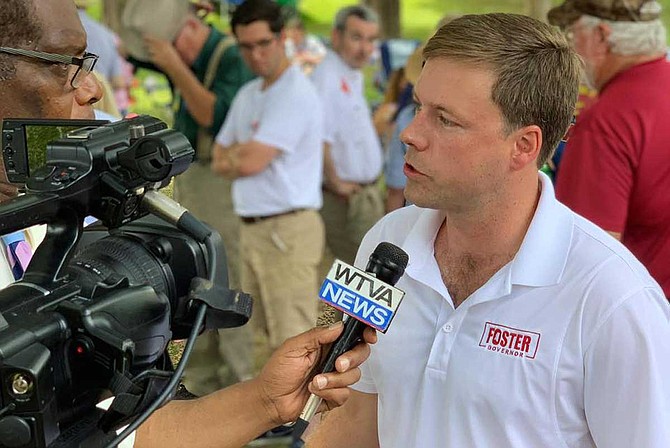 Rep. Robert Foster says he denied a woman reporter equal access to his campaign because he does not want people to think he’s having an affair. Many of his supporters, though, think it’s about striking back at #MeToo. Photo courtesy Foster Campaign 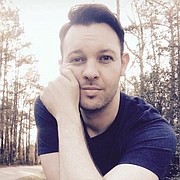 For about an hour and a half in January, I sat in a small, private room in the Mississippi Capitol building with Republican State Rep. Robert Foster to discuss his run for governor. The only other person in the room was his campaign manager, Colton Robinson.

If I was a woman, I probably would not have been afforded that opportunity. Earlier this week, Foster told Mississippi Today reporter Larrison Campbell that she could not ride along with him and Robinson on a series of campaign stops because she is a woman.

In a tweet Thursday morning, Foster defended his decision and blasted his critics, whom he bizarrely, but not uncharacteristically, characterized as socialists.

"Socialism and immorality are like crack to the radical left. The Bible tells us to avoid the appearance of evil. And that is what I did," he wrote. "Even in this crazy world, chivalry, integrity and professionalism still exists."

What about women's professionalism, though? It did not matter that Campbell was the first reporter in the state to report on Foster's candidacy, nor that she has spent months building a relationship with his campaign. Her presence could lead, he and Robinson told her, to rumors that he was having an affair if people saw him with a woman who was not his wife. She could only come, they told her, if she brought a male colleague along with her, even though Robinson would be there.

The Problem With the 'Billy Graham Rule'

Foster wrote on Twitter that he and his wife follow the "Billy Graham Rule," which calls on evangelical men to avoid being alone with any woman to who they are not married.

The myriad problems with this should be obvious. In a state where men overwhelmingly dominate, and report on, our politics, such a rule gives male reporters, like myself, an unfair advantage, denying women equal career opportunities. It casts working women not as fellow professionals who deserve respect, but as hazardous sirens, luring helpless men away from the professional mission and into the pit of sinfulness.

It suggests jobs that require close proximity to the governor might not be open to women in a Foster administration. It also seems to assume that gay people don't exist.

And that's where the logic for denying access to Campbell really hits a brick wall: She has a wife, and is not the likeliest candidate to seduce an unwitting politician from DeSoto County.

Meanwhile, I am an openly gay man and a male reporter allowed to spend an hour and a half alone with Foster and Robinson. I was not asked to bring a chaperone, nor should I have been; I'm a professional, and sexuality is the last thing I have on my mind when I'm interviewing or reporting on politicians.

Still, if you are a male politician who is concerned that a private meeting with a reporter might lead to some unsavory rumors, it would make more sense to focus those concerns on reporters who are actually attracted to men.

Mississippi candidates for governor have reason to be wary of such scandals. In 1983, then-Democratic Mississippi Attorney General Bill Allain was running for governor when, in the last few weeks of the campaign, some of his Republican opponent's top donors unveiled sworn statements from three black male sex workers in Jackson, claiming that he had been paying them for their services for years. GOP nominee Leon Bramlett's campaign even made a point to emphasize that Allain ''not only has been dealing with prostitutes, but also he's been crossing racial lines.''

Allain won that election anyway, and no one ever proved the allegations. After the election, the sex workers claimed they had made the whole thing up—and that the Republican Party had paid them to do it. Still, those gay sex rumors followed Allain throughout his tenure.

With that backdrop, it's baffling that a male politician would only be worried about the potential for accusations of a heterosexual affair.

'Now Live With the Consequences'

But perhaps that's because this isn't really about potential allegations of illicit sex. Many men, and not just hardcore conservatives, have come to Foster's defense, as have quite a few women. He has gained hundreds of new followers on social media since the story went national a couple of days ago and is appearing on FOX News tonight to talk about it.

In this day and age, you can't blame him, his defenders will argue. This is what it's like running a campaign in 2019. "Just look at what happened" to Harvey Weinstein, Roy Moore, Jeffrey Epstein, Al Franken and Donald Trump, many will say—without noting that multiple women credibly accused each of those men.

On Foster's own Facebook page, many of his supporters have bypassed his stated concerns about allegations of infidelity; to them, this is about the #MeToo movement.

"In today's unfair world, it only takes AN ACCUSATION, and you are condemned," one supporter wrote on his page, expressing a common sentiment.

"Those criticizing your decision must have forgotten what happened to judge Roy More and Brett Kavanaugh. There are a lot of malicious people out there," another supporter wrote.

A new male supporter named Mike stated it plainly: "Hey women you started the me too movement," he wrote. "Now live with the consequences. Can't have it both ways. You criticize people no matter what. This man is right and he just got my attention."

If women are going to start rising up and calling out men for their sickening behavior toward women, the thinking goes, they ought to pay a price, both personally and professionally.

But if you're a man unnerved by these reckonings for powerful men, all of whom face multiple credible allegations of sexual assault and rape against them, you should ask yourself why.

Multiple women, with yearbooks and other evidence to back it up, accused Roy Moore of sexually assaulting them as underage girls when he ran for U.S. Senate in Alabama in 2017. Brett Kavanaugh, when Trump nominated him for the U.S. Supreme Court, faced multiple allegations of sexual assault. Christine Blasey Ford, a psychiatrist, tearfully testified under oath before Congress that he tried to rape her when they were teenagers.

Even Republicans who supported Kavanaugh found it difficult to argue against Ford's credibility; U.S. Sen. Susan Collins settled on the idea that Ford was not lying, but that she was confused about who her attacker was. (Ford said she was not confused).

Foster, though, took to social media to denounce Kavanaugh's accusers, saying he would only believe such allegations if they came from someone with his own viewpoint.

"Show me one proven Conservative Republican with an allegation against Kavanaugh and I would pause for serious consideration. Let even 100 Liberal Socialist-Democrats accuse him of the worst offenses imaginable and I would still vote to confirm him without hesitation immediately."

In a later post, Foster wrote that "liberals are lost souls" who "will do anything for power, including making false accusations to stop the shift of the Supreme Court."

Kavanaugh, whose confirmation revealed his history as a drunken partier who once allegedly slapped a young woman in the face with his erect penis in front of other party goers, did not manage to abstain from all appearance of evil. Even so, Foster and others judged him worthy to sit on the highest court in the land.

There is no sudden rash of false accusations against innocent men, no matter how much certain media outlets tell men they're the true victims here. The world is not suddenly "crazy" because women started speaking out and society started holding men accountable for their trash ways.

The answer to #MeToo is not to punish women by treating them like they are radioactive. The answer is to punish the men who mistreat, abuse and dehumanize women.

Until then, as a male reporter, I hope more women come forward whenever the men they cover treat them differently. If I had known when I sat down with Foster in January that a woman doing the same job as me would not have been afforded the same opportunity unless she acquiesced to the indignity of having a male chaperone, I wouldn't have done it.