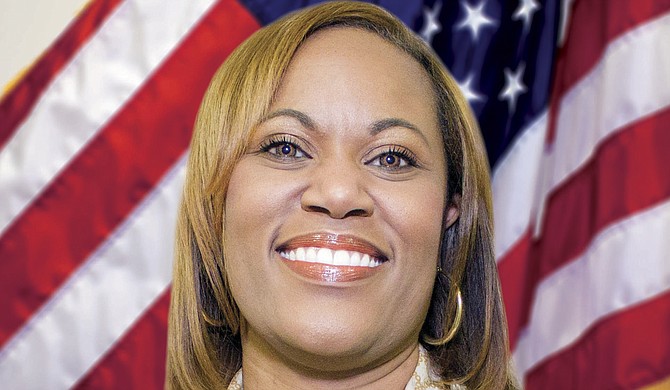 Three prison inmates may not have escaped last week if not for Mississippi's "mass incarceration problem," a group of civil-rights organizations said in a press statement on Friday.

"Mississippi has a mass incarceration problem," Interim Director of the American Civil Liberties of Mississippi Josh Tom said. "Dramatic increases in imprisonment over the last 40 years have brought prisons and jails across the state to the breaking point. Changes in law and policy, not crime rates, explain most of this increase."

The state, Tom said, has used prisons to address issues that could be better dealt with outside the criminal-justice system.

"Mississippi turned to imprisonment as the cure-all not only for crime and public safety, but also for mental illness, addiction and poverty. The criminal-justice system cannot deal with all of these issues, as recent news has shown."

The Mississippi Department of Corrections, or MDOC, is currently short-staffed with about 500 unfilled positions. In January, MDOC Commissioner Pelicia Hall announced that they were indefinitely suspending visitation privileges and restricting movement for 1,800 inmates at the South Mississippi Correctional Facility in Leakesville. The cause, she said in a statement, was a staff shortage. Though the prison was near 100% capacity, she said nearly half of the staff positions remained vacant.

Hall has repeatedly called for the Legislature to send millions more in funds to MDOC to improve conditions at state prisons, but to no avail.

'Tough on Crime' or 'Smart on Crime?'

The civil-rights groups that spoke out on Tuesday include the ACLU, the MacArthur Justice Center at the University of Mississippi School of Law, the Mississippi Center for Justice and the Southern Poverty Law Center, or SPLC.

In the July 9 press statement, they cited not only a lack of proper funding, but also low wages as contributing to MDOC's recruitment problem. Earlier this year, Hall requested a $7 million pay increase for MDOC's 2,000 employees, but the Legislature only appropriated $1.5 million for salary boosts.

"Mississippi politicians talk about how tough they are when it comes to fighting crime, but we need to ask whether they are being smart," MacArthur Justice Center Director Cliff Johnson said in the statement. "You can't throw people in prison for years on end for every offense under the sun and then act shocked when the prison population swells to 20,000, and you can't afford the astronomical price tag that goes along with having one of the highest incarceration rates in the world."

State politicians, he said, should reduce the number of people locked up in state prisons and shorten sentences in many cases.

"There is a way to do that thoughtfully and safely," he said.

One politician who is advocating for that approach is Jennifer Riley Collins, the only Democrat who is running for attorney general this year. She served as the ACLU executive director until last week, when she stepped down to focus on her campaign.

'The Right Answer is Restoring People'

"I think right now in the State of Mississippi, as across America, there is bipartisan support for criminal-justice reform because America has learned that throwing people into prisons is not the right answer," Collins told the Jackson Free Press in March. "The right answer is restoring people."

Velesha P. Williams, a Democratic candidate for governor with a bachelor's degree in criminal justice and a master's in criminology and justice services, also talked to the Jackson Free Press in May about the need to focus on restoration, rather than long incarcerations. Current inmates, she said, should be equipped to go back into their own communities and improve them once they get out.

"I want to create a culture of rehabilitation," she said. "The idea that they are separated from their families is punishment. Imagine if we were training them for infrastructure jobs. We see little work groups on the side of the roads picking up trash. Well, we can get our kids to pick up trash. We need folks with skills and knowledge to do things to help build our communities back up."

She also discussed the need for the State to improve its mental-health system in order to reduce the prison population.

Last month, the State of Mississippi went on trial over its mental-health system. Jackson-based U.S. District Court Judge Carlton Reeves heard arguments in United States v. Mississippi, in which the U.S. government is suing the state for failing to ensure the mental-health system upholds the civil rights of those with mental illnesses. It cited not only the long jail stays, but the over-hospitalization of people who could receive effective treatment in their own communities.

Inmates housed at the East Mississippi Correctional Facility alleged squalor conditions, solitary confinement practices, lack of medical and mental health care, and an overall unsafe environment in a lawsuit filed in 2013 against the Mississippi Department of Corrections.

"Those working for and imprisoned by MDOC have suffered injury and death because over-incarceration and under-funding have made holding people in cages impossible. Staff vacancy rates run between 42 and 48 percent at the Mississippi State Penitentiary at Parchman, Central Mississippi Correctional Facility and South Mississippi Correctional Institution. Candidates in this year's elections should inform voters how they plan to address this public safety crisis."

In 2013, the ACLU and the SPLC sued the state for its treatment of prisoners at the East Mississippi Correctional Facility, citing rats crawling out of toilets, cells without lights, a lack of health care and mental-health care, and other alleged squalor conditions.

Police captured one of the three prison inmates who escaped last week, Benny Ray Blansett, in Sunflower County on Saturday. He was serving life in prison for assaulting a police officer, forgery, burglary and two prior counts of escape. He escaped from Parchman again on Friday morning.

Two other suspects remain at large: Jonathan Blankenship, 31, who is serving a five-year sentence for aggravated assault on a police officer and conspiracy to commit a crime in Alcorn County; and Christopher Benson High, 28, who is serving 12 years for burglary larceny of an unoccupied dwelling in Carroll County.

In a press statement Thursday, MDOC warned Rankin County residents to be on the lookout for them in the area of Pearson Road and Highway 468. The inmates, both white men, escaped Friday morning from the Central Mississippi Correctional Facility dressed in white tops and red-and-white-striped pants, per the MDOC statement.

"Tips received are being investigated," Hall said in the statement. "However, we have no confirmed sightings, and citizens should report anything out of the ordinary, no matter how minor it is. The smallest detail could be significant in situations like this."