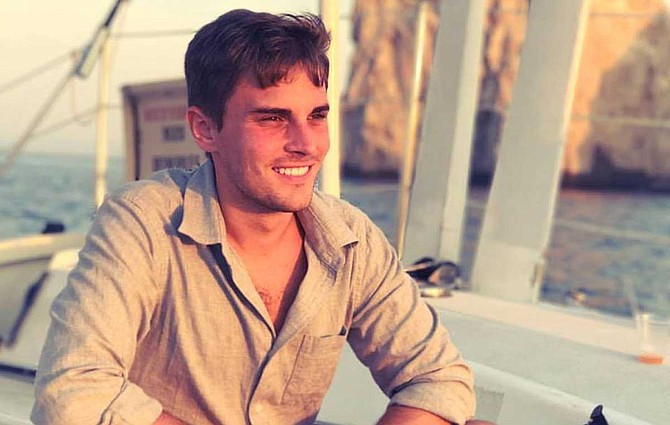 JACKSON — When Trevor Gray left a local bar to go to an after party in the early hours of April 13, the Wayne County, Miss., native could not have known that he would leave with his jaw broken in two places, nor that a video of a man beating him would go viral on social media and draw national attention.

On April 17, Wayne County law enforcement charged Waynesboro residents Landon McCaa and Tomas Sion Brown with aggravated assault. Around 2 a.m., the Wayne County Sheriff's Department says, McCaa and several friends at the bar invited the other patrons, including Gray, back to his home.

Hours later, someone posted a video on Facebook showing a man reaching out as if to shake Gray's hand, only to sucker punch him instead. The video shows the man pushing him to the ground, and repeatedly punching and yelling at him, while another man watches. Other voices can be heard on the video as well.

Rumors spread across social media that the men beat Gray because they mistakenly believed he was gay. Gray's brother told the Clarion-Ledger that Brown called the victim "queer" during the beating. Currently, those allegations are unsubstantiated. In court, both men admitted to the beating, but said it resulted from a feud and was fueled by drinking.

For as long as he can remember, Gray told the Jackson Free Press, his family "has taught (him) to see the best in others."

"Thinking about it, seeing the images of it, I don't and will likely never understand it," he said. "All I know for sure is that it won't change who I am. There is always a bright side, always a positive in any situation. I have always believed this, maybe to a fault, but that's just who I am."

If the beating was driven by a perception that Gray was gay, his attackers could face federal hate crime charges. Last week, the Wayne County Sheriff's Department asked the FBI for assistance to find out if the attack constituted a hate crime, though law enforcement has not commented on whether there is any evidence that would merit upgrading McCaa and Brown's charges.

McCaa, WDAM reported, told the Wayne County court on Apr. 17 that the beating happened after a misunderstanding.

McCaa told the court he was "drinking and out of control" and "took it out on someone (he) shouldn't have," WDAM reported.

After the attack, fellow Wayne County resident Slade Barnett launched a GoFundMe account to help Gray with his legal and medical costs. Last week, Gray underwent surgery to repair his jaw, which was broken in two places. After around 320 donations, supporters had raised more than $15,500 by Apr. 22—more than triple the initial $5,000 goal.

Gray told the Jackson Free Press he wants people to continue to "believe in the good."

"The events of that night are small when weighed against the incredible amount of love and support people have shown me," he said. "It has encouraged me, and I hope this update has encouraged you."

Federal hate crime laws do include sexual orientation, gender identity, and disability, as a result of additions Congress made with The Matthew Shepard and James Byrd Jr. Hate Crimes Prevention Act of 2009.