OPINION: Hate Crimes Are Still a Problem. Lawmakers Could Help. 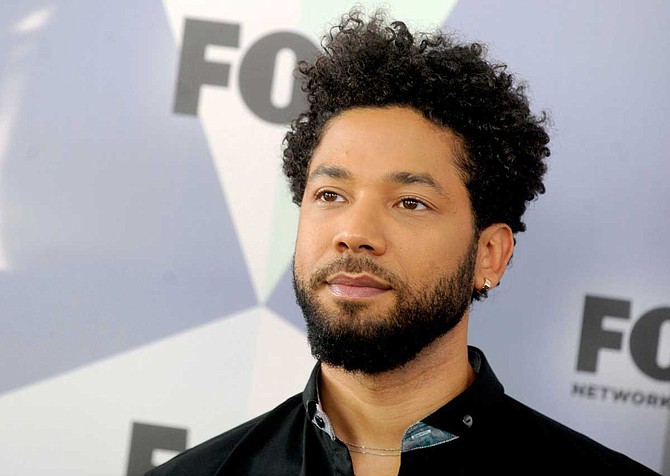 After actor Jussie Smollett was attacked in Chicago last week, the incident launched a national conversation on hate crime in the U.S. In Mississippi, legislators are trying to pass bipartisan bills to update the state's hate-crime laws. Credit: zz_Dennis-Van-Tine_STAR-MAX_IPx-2018-5_14_18-Jussie-Smollett-at-The-2018-Fox-Network-Upfront-in-New-York-City

Within the past few weeks, hate crimes have been splashed across cable news and newspaper headlines. Racist, homophobic attackers in Chicago allegedly harassed and violently attacked actor Jussie Smollett, sparking a national conversation about hate violence in the United States. Additionally, a transgender woman named Candice Elease Pinky was shot and killed in Houston allegedly for simply being transgender. Both were targeted for who they are, and they serve as a stark reminder about the danger of discrimination in our country.

As a district attorney, I regularly visit with the victims of serious, violent crimes and have to counsel them through what is often one of the most difficult experiences in their lives. I see the pain in their faces and the wounds to their spirit. And I can only imagine how much more difficult it would be for these victims and their families if the crime was an attack on the person’s freedom to be who they are. In that instance, the law should at least stand with the victims and hold the offender accountable for their hate.

Indeed, this is why in 2009, the U.S. Congress passed the Matthew Shepard and James Byrd, Jr., Hate Crimes Prevention Act, expanding the 1969 United States federal hate crime law to include crimes motivated by a victim’s actual or perceived sexual orientation, general identity and disability. These changes passed with strong bipartisan support. Further, in many states in the South—namely Florida, Kentucky, Louisiana, Tennessee and Texas—lawmakers have followed this lead, updating their hate crimes laws to include sexual orientation.

Here in Mississippi, we need to catch up with these states in the South and the rest of the country, and update our hate crime laws to include disability, sexual orientation and/or gender identity.

You may not think this is an issue, but recently, Mississippi has seen a rash of this type of hateful violence, including the murders of Mercedes Williamson, Dee Whigham and Mesha Caldwell, all of whom were targeted for their gender identity. Whigham was killed in Biloxi, and Caldwell was killed in Canton.

Mercedes’ boyfriend Joshua Vallum killed her near Lucedale. Vallum brutally assaulted Williamson after he claims he discovered that she was transgender, according to his testimony during his trial. The case gained national attention when Vallum became the first person in the United States to be charged under federal hate crimes law for killing a transgender person. This was only possible because Vallum lured Williamson across state lines, from Alabama into Mississippi—creating federal jurisdiction under the federal hate crimes law. If this murder had taken place in Alabama, this option would not be available because Alabama, like Mississippi, has not updated their state hate crimes law to protect violent crime against people against violence because of disability, sexual orientation or gender identity.

We should fix that so that individuals like Mercedes can get justice they deserve. Right now in the state legislature, bills proposing this change have bipartisan support in both chambers.

These bills would bring us in line with federal law and continue the trend in the South of updating our hate-crime laws.

Here’s the bottom line: No Mississippian—or any American—should be targeted based on who they are. This should be something we can all agree on. We can remedy this injustice by adding sexual orientation, gender identity and disability to our existing hate crimes law so that all Mississippians can feel seen and protected, and so we can deter future crimes against our friends and neighbors. Maybe most importantly, these changes will send an important signal to the country about how much we value and protect individual freedom in Mississippi.

Scott Colom is the district attorney for Mississippi's 16th District.