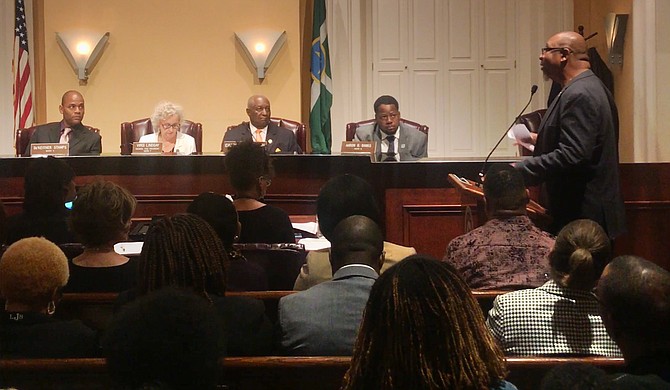 Alvin Jackson, Band Booster president and father of a senior in the Forest Hill High School band, described himself as a hurting parent at the Oct. 23 Jackson City Council meeting. Photo by Ko Bragg