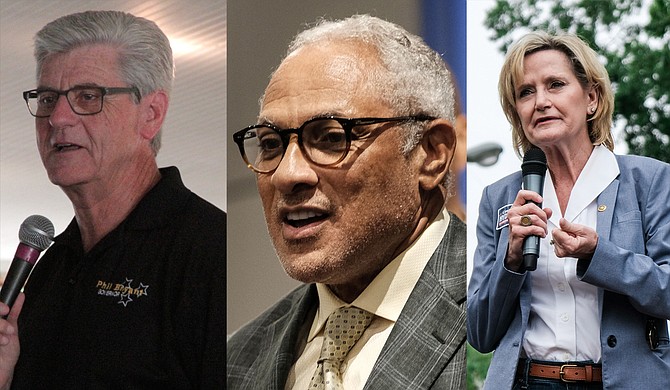 JACKSON — Gov. Phil Bryant and other Mississippi leaders from both sides of the aisle offered condemnation after an unknown person mailed bombs to national Democratic leaders on Wednesday.

None of the devices exploded, and no one was hurt. Trump called for unity while reading over a teleprompter Wednesday, before blaming the media Thursday morning. 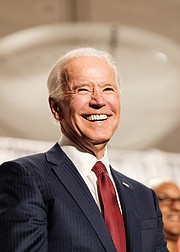 A package containing a bomb addressed to Vice President Joe Biden was intercepted at a post office.

"I join President Trump in condemning any threats or acts of violence toward any public official, media member, or media outlet," Bryant, a Republican, tweeted Thursday morning. "We are all Americans first, and this is not acceptable in any way."

"There is no room in American politics for violence of any kind," Hyde-Smith tweeted. "I support President Trump's commitment to investigate these attempted attacks and bring the full extent of the law on those responsible for these spineless acts."

Each person that the would-be bomber targeted is a Trump critic whom the president has denounced at rallies, on Twitter or in other public statements.

"Terror does not belong in politics," tweeted  former U.S. Secretary of Agriculture Mike Espy, a Democrat who is challenging Hyde-Smith for her seat in next month's special election. "I'm glad everyone is safe, and sending thanks to all the first responders handling this situation."

Espy, a friend of the Clintons, served as U.S. secretary of agriculture under President Bill Clinton from 1993 to 1994.

The perpetrator sent the device addressed to Brennan to CNN's studio in New York City. As CNN anchors Jim Sciutto and Poppy Harlow were reporting live on air about the packages sent to Clinton and Obama Wednesday morning, fire alarms went off, and the anchors had to evacuate. They continued reporting from the street using iPhones and earbuds.

Brennan does not work at CNN, though he is a contributor at rival network MSNBC. Trump revoked Brennan's security clearance in July in retaliation for critical comments the former director made about him.

The party denounced "personal attacks on the media or those who may be on the opposite side of the political aisle" and called for leadership to take a stand.

"If our elected leaders will not denounce and lead this effort to stop these type actions that are occurring, then it is up to us individually to pick up the yoke of leadership," the party wrote. "Stand for your political views, that is our history, but not in a demeaning or callus way that stirs some to follow a dark path they somehow believe appropriate due to a political position."

"Folks, we're better than this," Anderson tweeted Wednesday. "We know it and we must show it. The world is watching."

Trump has regularly criticized CNN, including in August, when he referred to the network as the "enemy of the people" and accused it of "hatred and extreme bias" against him after it ran a story revealing that his former personal attorney and fixer, Michael Cohen, allegedly has incriminating evidence on him.

Just one minute before Bryant's Thursday morning tweet echoing Trump's call for unity the prior day, the president's conciliatory tone gave way to a series of tweets that, once again, pointed the finger at the media.

"A very big part of the Anger we see today in our society is caused by the purposely false and inaccurate reporting of the Mainstream Media that I refer to as Fake News," Trump tweeted. "It has gotten so bad and hateful that it is beyond description. Mainstream Media must clean up its act, FAST!"

A very big part of the Anger we see today in our society is caused by the purposely false and inaccurate reporting of the Mainstream Media that I refer to as Fake News. It has gotten so bad and hateful that it is beyond description. Mainstream Media must clean up its act, FAST!

Just one minute before Bryant's Thursday morning tweet echoing Trump's call for unity the prior day, the president's conciliatory tone gave way to a series of tweets that, once again, pointed the finger at the media.

Three hours after that tweet, Trump issued another anti-media tweet, this time blasting the New York Times as "Fake News." On Wednesday, the Times reported that Russian and Chinese spies have been listening in on Trump's calls on his unsecured iPhone.

"The New York Times has a new Fake Story that now the Russians and Chinese (glad they finally added China) are listening to all of my calls on cellphones," Trump tweeted. "Except that I rarely use a cellphone, & when I do it's government authorized. I like Hard Lines. Just more made up Fake News!"

Media sources have photographed the president using his cell phone on many occasions.

At rallies, Trump's supporters regularly engage in chants of "CNN sucks" and shout at reporters in the media area.

The FBI believes the culprit also hand-delivered another bomb to the mailbox of billionaire George Soros on Monday. That bomb did not detonate either, and the FBI safely detonated it. For years, right-wing conspiracy theories have painted Soros as a wealthy mastermind plotting against conservatives and Republicans.

Last week, Trump suggested Soros and other Democrats were funding a caravan of thousands of refugees fleeing violence in Honduras. The president has sought to use the caravan issue to rile up anti-immigrant sentiment among the Republican base in order to turn out voters amidst fears that Democrats could take one or both houses of Congress.

More than two years after former Trump advisor Michael Flynn led chants of "Lock her up" at the Republican National Convention, supporters at rallies still chant "Lock her up" whenever Trump mentions Hillary Clinton.

In a speech in Florida after news of the bombs Wednesday, Clinton said it's a "troubling time," and called for Americans to "elect candidates who will set goals that will lift up every Floridian and American, (and) who will look into the future."

"We are fine, thanks to the men and women of the Secret Service who intercepted the package addressed to us long before it made its way to our home," Clinton said.

De Niro stumped for Clinton in 2016, saying it would be a "tragedy" if Americans elected Trump instead.

Mississippi State Sen. Chris McDaniel, Hyde-Smith's Republican challenger in next month's election, was the only one of the three candidates who did not issue a statement after news broke of the suspicious packages.

He did not take a holiday from his campaign's attempts to tie Clinton to efforts to elect Hyde-Smith, either.

Parker, the founder of Napster and co-founder of Facebook, donated $250,000 to the pro-Hyde Smith Mississippi Victory Fund in April.

While Parker did donate $300,000 to Clinton in 2016, he's contributed to both Democrats and Republicans in the 2018 cycle, including South Carolina Republican U.S. Sen. Tim Scott.

Parker has opposed McDaniel's bids in the past. When McDaniel ran against Cochran in the 2014 Republican primary, Parker donated $350,000 to Mississippi Conservatives—a pro-Cochran political fundraising committee.