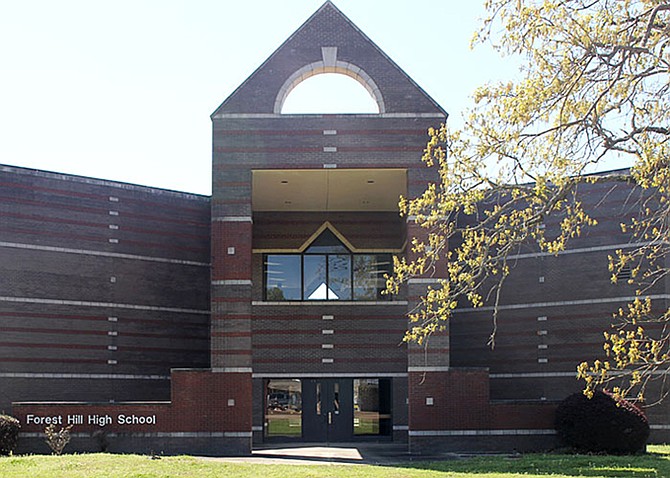 The Jackson City Council will consider showing support for the former Forest Hill band director and the students he led in a controversial half-time performance in Brookhaven on Oct. 5. Photo courtesy JPS Photo by JPS

JACKSON — The Jackson City Council will launch itself into the contentious Forest Hill High School Band fallout with two tasks: reinstate the band director and lift the suspension imposed on the band.

Ward 6 Councilman Aaron Banks and Ward 3 Councilman Kenneth Stokes both authored items in support of the band for the Oct. 23 council meeting. Although the council does not have jurisdictional authority to make changes concerning Forest Hill, these items could show solidarity with the Jackson Public Schools district, depending on the vote.

Banks, who wants the council to join him in asking the Mississippi High School Activities Association to lift the suspension of Forest Hill’s band, told the Jackson Free Press he believes the punishment is “harsh and extreme.” Banks played percussion at Forest Hill and later played in the Jackson State University band, the Sonic Boom. He worries about the suspension’s effect on students’ future opportunities.

“Especially for those seniors and their opportunity to be recruited by HBCUs, my concern is those students are missing those opportunities afforded to me,” Banks said this morning.

The Oct. 5 halftime skit allegedly depicting students shooting police officers on the field at Brookhaven High School drew immediate and even racist criticism from people around the state, including government representatives. Two Brookhaven police officers, Zach Moak and James White, had died from bullet wounds the week before the performance.

Newly minted JPS Superintendent Errick L. Greene said the scene was an interpretation of the movie "John Q,” starring Denzel Washington as a man who took hostages at a hospital because he was unable to afford health services to save his son. Students and supporters say that the point of the skit was to urge people to not resolve problems with violence.

Band Director: ‘The Worst Day of My Life’

After a photo of the skit went viral, the Mississippi High School Activities Association placed the Forest Hill High School Band on restrictive probation for the rest of the school year, and the JPS school board is appealing the decision. The district will not comment on whether or not the band director, Demetri Jones, has been fired from his post, calling it “a personnel matter."

Jones told Othor Cain in a Facebook Live interview that he was placed on administrative leave with pay initially and then received a termination letter from the superintendent.

“That particular day was the worst day of my life considering the fact that I did everything that a leader would do when I recognized that this situation was bad timing,” Jones told Cain.

Jones said theme of the show was in fact “John Q,” and he planned the show over the spring and summer, drawing inspiration from the 2002 movie. Jones said he wanted to push the kids to perform an emotional show. He said he submitted the theme of the show to MHSAA for approval at the end of August.

The former director said he did not know about the Brookhaven officers until after the performance when a parent approached him. He said he had missed the news because he gets “laser-focused” during competition season.

Fired-up parents and students with picket signs flooded the Jackson school-board meeting on Oct. 16, asking for Jones to be given a second chance. Jones has been with the district for 12 years—eight of them as Forest Hill’s band director.

Governor: ‘Unacceptable in a Civilized Society’

These pleas follow a succession of state leaders who have spoken out against Jones’ performance.

Gov. Phil Bryant, a Republican who grew up in south Jackson and attended both Wingfield High School and Council McCluer, a racist Citizens Council school, tweeted about the display: "This is unacceptable in a civilized society. Someone should be held accountable.”

Mississippi Department of Public Safety Commissioner Marshall Fisher said via Facebook that his department was "extremely disturbed by Forest Hill’s leadership approving and allowing their band to display a reenactment of violence against law enforcement at a high school football game in Brookhaven. This is highly inappropriate considering the recent loss of two Brookhaven Police officers to senseless violence.”

“There is no excuse for such a distasteful performance. This only exacerbates the war against law enforcement in our nation," Fisher added.

“I offer my sincerest regrets to the Brookhaven community for the insensitivity that (was) portrayed during the Friday evening halftime show. There is an active investigation into the circumstances that led to this performance,” he said. "While I do not believe that there was a (malicious) intent on behalf of the students that participated in this halftime show, I understood that we are ultimately not defined by the things that we set out to do but rather how we respond to the things that actually do take place. It is the responsibility of adults to offer guidance to youth. Our students should have been instructed that this was neither the time or place for that performance.”

Shannon Alford, who describes herself as the Brookhaven High School Band Booster President and "proud police wife" signed her name after a post on the band's Facebook page standing up for the Forest Hill High School students.

"(P)lease as humans, let us remember that while this has been a horrible situation, the students are the ones losing," she wrote. "They have worked hard on their show, unfortunately, their leadership chose the wrong form of show to perform. Please show the students compassion, and I personally pray that they will all learn something from this situation. And as a school organization we can not allow any children to be talked about negatively on our page."

While many sounded off on social media that the onus should be on Jones for the performance rather than the teens, Forest Hill Band members were subject to vile criticism from adults.

“Well you see what kind of people are performing here—the ones that are ALWAYS DOING WRONG—THUGS THAT ARE NOTHING BUT TROUBLE,” wrote Dana Wallace-Ladner, apparently a library clerk at Copiah-Lincoln Community College.

“You to (sic) kind. Bunch of dumb asses,” a user named Ray Wallace said in response.

On its Facebook page, the college posted the following. "The opinions expressed in recent social media posts by an employee do not reflect the views of Copiah-Lincoln Community College. The Administration is looking into this personnel matter and is not able to further comment at this time.”

A human resources representative at the college told the Jackson Free Press that “to the best of her knowledge” Wallace is still employed, but “there is a personnel matter” so she could neither confirm or deny her status.