From Council Schools to Today’s Fight for Public Ed 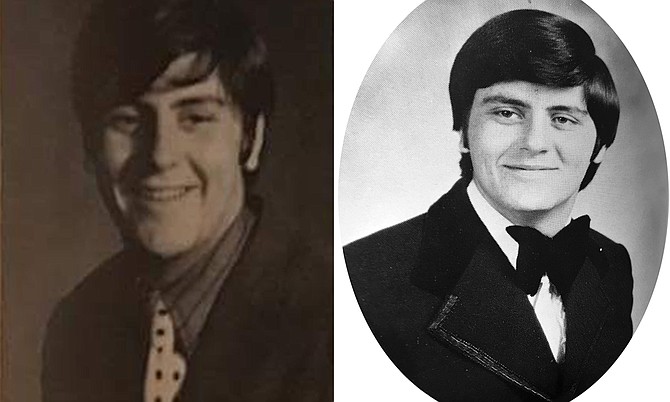 Council McCluer was a segregationist academy founded after the U.S. Supreme Court forced schools to desegregate with its 1969 Alexander v. Holmes decisions. The Citizens' Council, the single largest private segregationist organization in the country, operated McCluer. W.J. Simmons, one of the state's more prominent segregationists and a Citizens' Council leader, was the school treasurer.

In 1985, after Hillcrest Christian School purchased McCluer, Simmons told The Clarion-Ledger: "Our school was there as an alternative to the poor quality of education in the public school. Race was a motivating factor in the early days, but not now. On a massive scale, admitting blacks lowers educational standards. Racial mixing is wrong when it's forced. And if it's not forced, it's not likely to occur."

Gov. Bryant does not mention his high-school career on his official website, and when his office responded to a query about where he graduated, a staff member said he had graduated from Wingfield High School. Yearbooks and classmates prove that Gov. Bryant is the product of white flight and segregationist education, which may explain his efforts, along with others in his party, to undermine public education in this state.

Since the 1890 Mississippi Constitution was drafted to disfranchise African Americans and established a system of free but "separate schools ... for children of the white and colored races," access to high-quality public education was limited to white people. Not until Brown v. Board of Education in 1954 was the Jim Crow status quo challenged, but then whites embraced new defiant strategies.

In a precursor to vouchers today, the State of Mississippi provided tuition grants for white students to afford segregationist academies. In "The Hardest Deal of All: The Battle over School Integration in Mississippi, 1870-1980," Charles Bolton shows that the state gave white students with more than $80,000 to attend segregated private schools from 1964 to 1965.

Mississippi Gov. Phil Bryant doesn't talk about it much, but he attended a high school set up by the segregationist Citizens' Council in Mississippi.

Mississippi also deployed "Freedom of Choice" for public-school desegregation: Parents in a district were supposedly free to choose their child's school. As segregationists well knew, few black parents were going to be the first to send their children to an all-white environment. Bolton writes that in the first year of Freedom of Choice, fewer than 1,000 black students enrolled in all-white schools. By 1966, just 7,200 of 296,000 black children were at formerly white schools. Finally, in 1968, the Supreme Court rejected Freedom of Choice, and forced the districts named in Alexander v. Holmes to desegregate by the 1970 spring term and all others in the country by fall 1970.

At the start of the 1963 school year, Bolton tells us Mississippi had 17 private schools, including a black boarding school, Piney Woods. By 1970, the state had 236 private schools. From 1969 to 1971, 10,000 white students left JPS alone, apparently including Bryant—40 percent of the state's largest and most powerful school district. Of those, 60 percent attended a segregated Citizens' Council school.

Let's jump forward to today. Since 1997, the Mississippi Adequate Education Program has been fully funded twice. Over the past eight years, the Legislature has underfunded MAEP by $1.857 billion, data from the Parents' Campaign shows. Wealthy areas can make up that difference in property taxes, while poor districts like JPS face overwhelming shortfalls.

Our governor and the Legislature want to revamp MAEP and strengthen charter schools. We must be wary. It's not by chance that modern school-choice "reform" has a strong connotation with our racist past. Many in the state's white leadership are products of white-flight desegregation just like the governor. Many of these white power brokers have never been personally invested in high-quality public education for all children and see little reason to be now. It is not surprising that many do not believe the supposed reforms are aimed at the well-being of poor and minority students.

Charter schools, the third-grade reading gate, the demise of Initiative 42, vouchers and the role of EdBuild in proposing a new funding formula all point to a state government hostile to high-performing, potentially transformative public schools.

Gov. Bryant's office could have been straightforward about his high-school career, but he must be concerned that if citizens learn the truth, they may question his proposals. Or perhaps he doesn't care.

In the world of "alternative facts," we must be vigilant and stake claim to our history and all its atrocities. In Mississippi, that history has a direct link to where we are today, and if we are to make significant progress in the future, we must stand in defense of the highest-quality public schools.

Robert Luckett is the director of the Margaret Walker Center and a history professor at Jackson State University.