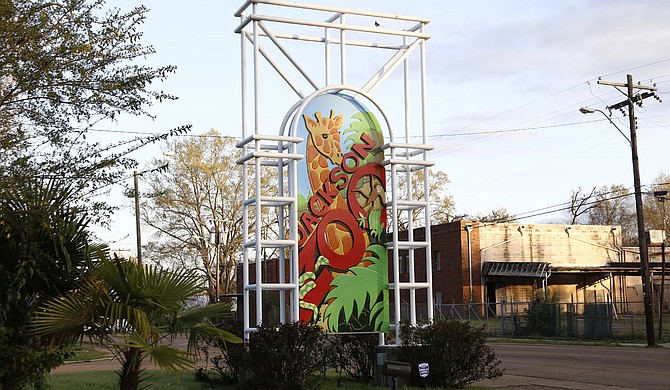 To borrow a wise suggestion, let us consider how we may spur one another on toward love and good deeds. We cannot give up meeting or living together, even if that's a horrendous habit we inherited. Start by investing your time and resources into the area and the people around the Jackson Zoo. Photo by Imani Khayyam.

Truer words have never been spoken. "The fact is the zoo could have tripled the attendance it has now, but the white people in the suburbs are not comfortable taking their families to west Jackson," reader "Scott" wrote on the JFP website under Ko Bragg's report on Mayor Lumumba's belated proclamation about keeping our zoo in west Jackson.

The mayor was reacting to news that the zoo board—which has three city appointment vacancies—finally relented and voted to move the zoo to the eastern edge of Jackson. He called the zoo's move "disingenuous" and "disrespectful" to west Jackson.

Scott said more about those suburban white folks: "Whether they are justified in feeling that way is totally irrelevant because unfortunately, in this world perception is reality. ... Now if you move it to an area they are comfortable with, then you'll see a huge rise in attendance and revenues immediately."

Yep. The move likely would see more attendance, at least until those same people stop being "comfortable" with whatever demographic shifts might occur near the new zoo in the next couple decades. What if the area gets, say, the Hispanic influx that Ridgeland has seen? Then, it's hit the road again, Jack.

These conundrums have long resulted when white people decide to pick up and move, rather than stay, invest, collaborate and co-exist with newcomers in the area they'd called home. Still, Scott's white-people point was weird because he had just complained that I dared talk about disparate treatment of black and white gang members in another piece.

One can't really have it both ways—everything can't be about race when you want it to be, but not when it makes you uncomfortable. The truth is that many of our nation's challenges are precisely about people wanting distance from "the other." That curse hurts us all—like having to pay for a new zoo or to make up for disinvestment around it—is precisely why we keep facing these poorly manufactured disinvestment crises.

The history put simply: Whites flee and disinvest; others follow; they flee again. It's dizzyingly shortsighted.

The previously trendy Metrocenter sits lonely in an area whites fled. Other whites wanted to stay but couldn't because their property values tanked as the neighborhood "tipped" too much. As areas decay, better-off black people follow the flight pattern, taking more wealth away from abandoned areas. Once the train leaves the station, it's hard to stop.

Then the cycle repeats. As I've been driving around the city recently checking distribution routes, I've seen areas more downtrodden than 15 years ago when I set up those routes, and not just in west Jackson. South Jackson has shifted in front of our eyes from one of the more diverse middle-class areas in the city when we started to a region battling economic decay and increasing crime. I drove around recently with the indefatigable Ronnie Crudup Jr. looking at properties his nonprofit is working to restore. I was astonished to hear how little gorgeous homes there are worth now.

Why? Because the area is too black.

All over the U.S., white people are quick to pack up and move, and live like nomads to barely stay in front of demographic shifts. Then, as Scott points out, they demand that everything good they left behind (schools, churches, a zoo) pick up and follow them. Then, and only then, will they re-invest. Their children deserve it, but kids left behind are somebody else's problem.

This selfish habit is hard-wired in America, and perpetuates cycles of poverty, violence and lack of opportunity. It's rooted in historic turf battles, usually racial or ethnic. Most of the street gangs in Mississippi now started in Chicago 50 or so years ago. Why? Because tough white neighborhood "greaser" gangs banded together to fight the encroachment of Puerto Ricans and African Americans into their neighborhoods. While they fought over turf, many white families kept moving further on out.

So it is with our zoo. White people fled. The area decayed. Nearby schools struggle with too little funding, while the new ones near the resettled tax base thrive. White people like Scott shrug and say "perception is reality." Sadly true—but how in hell are we all OK with that?

Excuse me while I keep believing that Mississippians now can be different than our grandparents. We can keep loving them while realizing bigotries and fear have caused their children to grow up far from their own family cemeteries deep in the city. Maybe their progeny are even afraid now to visit their graves due to the roots they helped rip up.

Another commenter said she finds the condition around the zoo now "disrespectful." She wrote: "I remember how beautiful the immediate Zoo surroundings were back in day as a child. Let the Zoo move and then make good use of the land. Open a community center there and maybe a large Central Park."

Disrespectful to whom more than the residents? And who pays for that park if the City has to support a zoo-on-wheels that keeps following transients wherever they decide is white enough to drop an anchor? Will donors and business owners who insist on the zoo moving then reinvest back in west Jackson, or in the newest plowed-up cow pasture?

Folks, I believe this cycle can be interrupted, and our state and nation be healed in the process, but it is going to take every person owning responsibility for the bad and the ugly that created this mess of division, and its solutions. My challenge is to put down welcoming roots, get to know "the other" better than you do now, mentor children and invest in our damn existing neighborhoods.

To borrow a wise suggestion, let us consider how we may spur one another on toward love and good deeds. We cannot give up meeting or living together, even if that's a horrendous habit we inherited. Start by investing your time and resources into the area and the people around the Jackson Zoo. And go see Debbie the Spider Monkey. Let's choose not to be what outsiders expect: If Mississippi can do this, so can the nation.