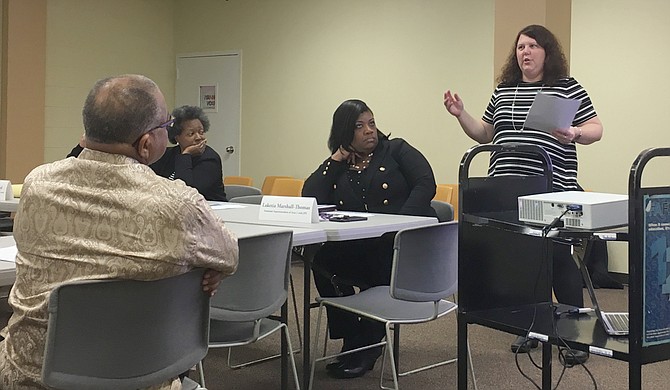 Jennifer Johnson presented polling data from LJR Custom Strategies to the Better Together Commission. It showed that Jackson adults believe teachers are one of the best parts of Jackson Public Schools. Photo by Arielle Dreher.