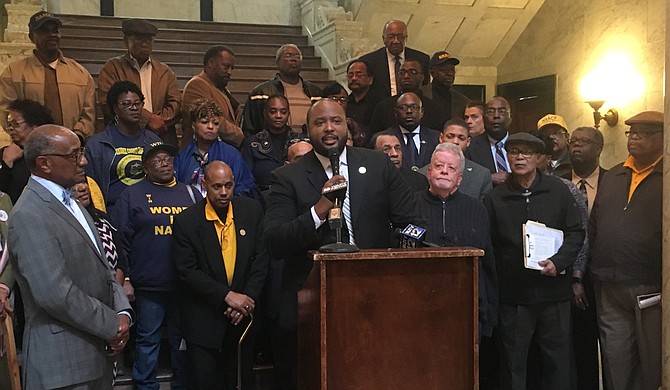 Corey Wiggins, the executive director of the Mississippi NAACP, called on lawmakers to work to restore voting rights for the more than 218,000 Mississippians who are disenfranchised, at a press conference at the Capitol this session. Photo by Arielle Dreher.