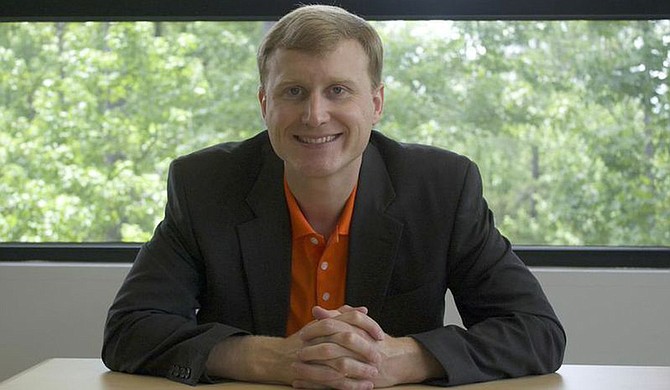 Bomgar pointed out that the demand for immigrant labor should drive lawmakers to create work visas and give immigrants, who come here to work, legal status in order to eliminate the black market for labor created when immigrants come to the U.S. illegally. Photo courtesy Joel Bomgar

JACKSON — A diverse panel of local business owners, a Republican state legislator and an economics professor at Jackson State University all agreed that immigrants on the Deferred Action for Childhood Arrivals program have a positive impact on the American economy.

"I think hanging the possibility of deportation over anyone's head is not productive to their long-term employment prospects," Bomgar said at the forum organized by the Mississippi Immigrants Rights Alliance, sitting next to entrepreneurs Israel Martinez and Humanshu Dave, and professor Nicholas Hill. "... So I think there's a huge economic benefit related to DACA."

The Madison Republican noted that this is just "the low-hanging fruit," however. He pointed out that the demand for immigrant labor should drive lawmakers to create work visas and give immigrants, who come here to work, legal status in order to eliminate the black market for labor created when immigrants come to the U.S. illegally.

Researcher Tom Wong at the University of California, San Diego, and several policy and law centers conducted a recent national survey finding that 97 percent of DACA recipients surveyed were either enrolled in school or employed. Today is the deadline for DACA renewal applications, however, after President Donald Trump decided to cut off the Obama-era program, forcing Congress to act on immigration reform soon in a decision that could leave nearly 800,000 Americans in limbo.

Hill pointed out that the cost of deporting DACA recipients or any immigrants here without legal status is a large cost without any benefit to the country, while bringing immigrants who want to work in this country legally could positively affect nation's economy.

"Why should they be punished for the action of their parents?" Dave, a local businessman, said on Tuesday at Fondren Church. "... The statistics have proved that ... they are really contributing a whole lot to the economy."

DACA status helped more than 40 percent of those surveyed get their first jobs, an issue brief from the Migration Policy Institute published in August 2017 says. Additionally, DACA recipients, who are over 15 years old and under the age of 31 as of 2012, are also starting businesses and purchasing homes. More than half the DACA recipients cited in the 2017 brief bought cars, and 60 percent had purchased homes.

Mississippi, on the whole, has been less than welcoming to immigrants in the wake of Trump's presidency. Lawmakers passed the anti-sanctuary city legislation in the spring, and DACA recipients who spoke out against deportations have been arrested themselves.

Immigrants make up about 3 percent of Mississippi's workforce, a 2015 American Immigration Council brief shows, and Latinos in Mississippi paid $80 million in state and local taxes in 2013, the Partnership for a New American Economy found.

When asked why his stance on immigration is so different than the majority of Republicans in the state, Bomgar said Republican ideology on something like free trade should logically apply to immigration as well.

"What is different between the free flow of labor versus the free flow of goods?" Bomgar said. "They have the exact same economic benefits. I think some of it is just there's an innate sense in all humans that when things change, it's uncomfortable."

Bomgar, along with the other panelists clarified that they do not advocate for an open border, but instead a less restrictive system for immigrants to come into the U.S. to work and live.

"I think from an ideological perspective, there's no reason that being a conservative Republican is not completely consistent with having a more open—nobody up here is arguing for open border—but having a less restrictive system where those who want to come here and work, can come here and work, and there's just no good argument to not have that from an economics perspective," Bomgar said.