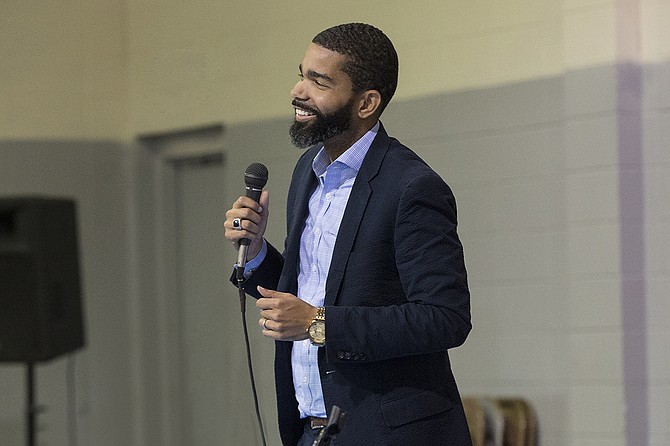 JACKSON — The "people's mayor" is making good on a promise to execute "people's assemblies" in Jackson, using social media over the weekend to announce the first official gathering. Rukia Lumumba, the sister of the self-proclaimed "radical" mayor, is chairing the Democratic Visioning Committee that will meet at the Smith Robertson Museum and Cultural Center on Tuesday, Nov. 28, at 6 p.m.

Rukia Lumumba announced the meeting on her personal Instagram page over the weekend, as well as on the Facebook page for the Jackson People's Assembly. She says this first assembly will be an introduction to the model that will continue in the new year and a way for the Democratic Visioning Committee to gauge how people understand their personal power in terms of affecting government change. Rukia Lumumba believes people's personal power is critical to making change.

"When we identify what we want to see happen in a place that we live in and love, then we feel more capacity to help make that change," she told the Jackson Free Press today. "And we are the experts of our own condition. We know what we need in terms of we know what the problems are. We don't always have to wait on government to give the solutions and wait on them to fix it—sometimes we can give solutions to the government and begin this process ourselves."

The people's assembly model is a benchmark of the Malcolm X Grassroots Movement and the New Afrikan People's Organization. Kali Akuno wrote in a 2012 blog post about the Jackson Kush Plan that the assembly model was developed in Jackson "in the aftermath of Hurricane Katrina and to run Peoples' Attorney Chokwe Lumumba for a City Council seat to assess the reach and impact of our work."

"The Democratic Visioning Committee of Mayor Lumumba's Transition Team invites all Jacksonians to define, determine and develop the people's vision for city governance," the Facebook post reads. "One City, One Aim, One Destiny."

The Democratic Visioning Committee exists separately from the City government. It is a product of the mayoral transition team, which is a volunteer-based group of community members that come together to help advise the mayor. Still, Rukia Lumumba hopes that this will shift the way governance happens in Jackson from a top-down approach to a more intimate and inclusive model that involves everyone coming together from City Council members to their neighborhood constituents.

Mayor Chokwe Antar Lumumba pledges to continue his father's vision of a people's government, cemented in the principles of the MXGM, which the late Lumumba founded. While the MXGM organization has been associated with controversy in the past, the assemblies are more community-based and focused on giving the oppressed a voice.

In the past, Jackson's people's assemblies have focused on the airport takeover and the 1-percent sales tax. Rukia Lumumba hopes this upcoming assembly will lay the foundation for a paradigm shift to get community voices heard.

“The biggest part of all of this is really increasing the voice of community," she said. "When we say, 'When you become mayor, I become mayor,' we have to actualize that. It can’t just be a slogan, and it can't just be the same old rhetoric we’ve been saying for years and years: where our voices are heard, but the action that needs to follow doesn’t happen."

UPDATE: This story has been updated to reflect comments from Rukia Lumumba, the co-chair of the Democratic Visioning Committee.