Like the DA Trying to Protect Him, Butler Trial Ends in a Mistrial | Jackson Free Press | Jackson, MS

Like the DA Trying to Protect Him, Butler Trial Ends in a Mistrial 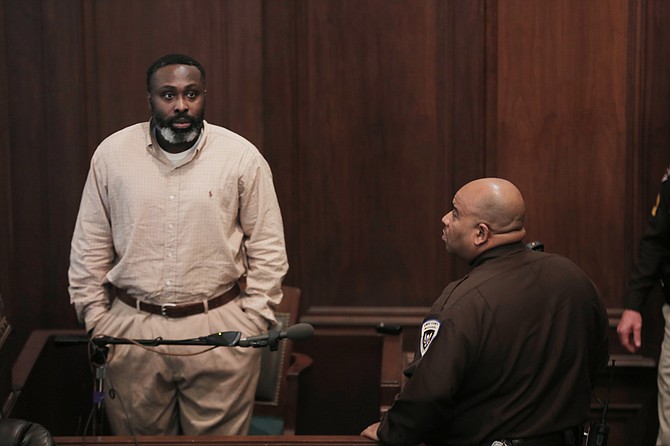 JACKSON — Another trial tangentially related to District Attorney Robert Shuler Smith has ended in a mistrial. The man the district attorney went to trial late last year for trying to protect just got his own hung jury.

The three-day trial of Christopher Butler, who is accused of identity fraud, wire fraud and embezzlement that he allegedly committed during his work at a Mega Mattress in Jackson, ended in a mistrial on yesterday. The State argues that Butler falsified invoices for more than $500 to a Florida finance company and is being held on a $500,000 bond.

The trial began Tuesday morning, and the jury began deliberation at approximately 9 a.m. on Wednesday and did not return until late that afternoon. Hinds County Circuit Judge Jeff Weill Sr. resided over the trial.

Attorney Damon Stevenson interacted with Butler's family Wednesday morning as they waited for the jury to return. Stevenson is also representing Tramaury Barnes, whose video went viral on Facebook Live, showing a man he identified as the owner of Top Dollar Pawn Shop.

Butler, as well as Weill, were prominent names in the recent trial of DA Smith who is accused of trying to help the accused man, who is also facing drug charges, beat his charges rather than prosecute him, leading to the State of Mississippi taking over this case with Smith objecting.

The accused claims that he is facing an "injustice" and does not know Smith, who visited him in jail and tried to give him a variety of assistance, including asking a Clarion-Ledger reporter to report Butler's side of the story, as one of the "political prisoners" he said the attorney general and Judge Weill were targeting as part of "fighting the DA."

"My constitutional rights and my civil right are being violated by the attorney general (sic) office and the Hinds County Justice Department," Butler wrote to Ward 3 City Councilman in May 2016. "I've been picked on and targeted by the A.G. office for information that I do not have." Butler promised in the letter that Smith has evidence that the Mississippi Bureau of Narcotics has evidence that the Mississippi Bureau of Narcotics framed him in a drug raid on his home, although Smith has not made clear evidence of a frame public.

In the letter, Butler indicated that the attorney general's office is prosecuting him to get him to testify against Smith. The State and the FBI have revealed wide-ranging investigations of possible corruption and bribery in Smith's office, but the jury delivered a mistrial verdict in Smith's trial early this year. A re-trial is scheduled for June 12.

Weill has not yet announced the next court date for Butler, his Court Administrator Kelli Degnan said.