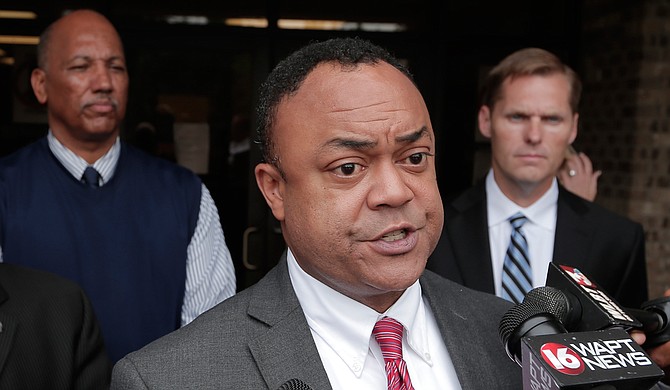 JACKSON — Hinds County District Attorney Robert Shuler Smith will now face a retrial for state charges for hindering a prosecution in late July. It was original scheduled for early June.

WJTV reported that the Attorney General's office said the case is continued until July 31. The Jackson Free Press could not reach the attorney general's spokeswoman this morning.

Late last year, Smith went on trial for his role in delaying the prosecution of defendant Christopher Butler, with the attorney general's office calling witnesses who said the county's top prosecutor was aware of alleged corruption and bribery inside his office. The jury could not reach a verdict after a note surfaced stating that one of the jurors had knowledge of Smith prior to the trial, leading to the June 12 trial date. 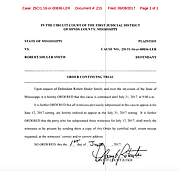 Smith was then charged in May with two domestic-violence misdemeanor charges and two felony charges based on a report by a woman from a former relationship: one for alleged aggravated stalking and another for robbery.

The district attorney waived arraignment, and a trial date is set for Oct. 23 in the latest case.

Read the Jackson Fress Press' award-winning coverage of the charges against the Hinds County district attorney at jacksonfreepress.com/DAFiles.