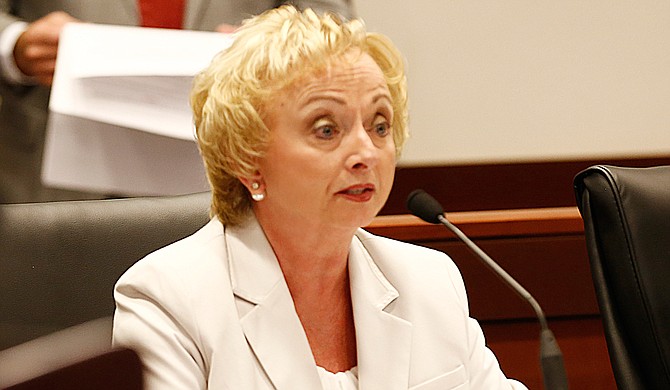 On Friday, May 13, the Mississippi Department of Education agreed to adhere to Title IX and the Obama administration’s directive to protect transgender students. Photo by Imani Khayyam.

JACKSON — A group of Mississippi House Republicans emailed a letter today directly to state Superintendent Dr. Carey Wright, asking her to step down unless the Mississippi Department of Education swiftly reverses its decision to follow the president’s guidelines on protecting transgender students’ rights. Each representative voted for House Bill 1523, the Protecting Freedom of Conscience from Government Discrimination Act.

The public schools of the nation received guidelines from Obama last week to help them curb discrimination against transgender students. The directive, issued in conjunction with the Civil Rights Division of the U.S. Department of Justice and the Civil Rights office of the U.S. Department of Education, exhorts the nation’s public schools to recognize transgender students’ gender identities and allow them the same rights and privileges afforded to non-trans students protected by sexual discrimination laws. Schools who resist risk the loss of Title IX funding.

The Mississippi Department of Education released a statement Friday saying it would adhere to Title IX and the Obama administration’s directives; later, Gov. Phil Bryant asked that MDE resist, calling the directive the “president’s social experiment.”

The Mississippi Department of Education said today that Wright will have no additional comment.

Below is the message from a group of House Republicans, reprinted verbatim.

The representatives of Desoto County, the State of Mississippi and it's citizens stand with Gov. Bryant asking the Mississippi Department of Education to disregard the recent edict handed down by the federal government on school bathroom policy.  The demand that all state public schools allow students to use the bathroom and locker room of the “sex they identify as” is nonbinding, and does not carry the force of law.

We ask you, Dr. Wright, to withdraw the recent policy statement made on May 13, 2016, that states the Mississippi Department of Education will adhere to the “joint guidance” issued by the U.S. Department of Justice and the U.S. Department of Education. The policy of allowing boys or men into bathrooms and locker rooms with girls poses a threat to the safety and well being of every school-aged girl in this state.  This policy is in direct opposition to the morals and values of the people of Desoto County and Mississippi and puts our children in danger.

Dr. Wright, if you are unable or unwilling to protect our children by reversing this policy we ask that you step down from your position as leader of our educational system. The people of this State demand a leader who shares our goals and values and who is willing to protect our children even under pressure from federal agencies to do otherwise.  We also expect a swift and public reversal of this decision.