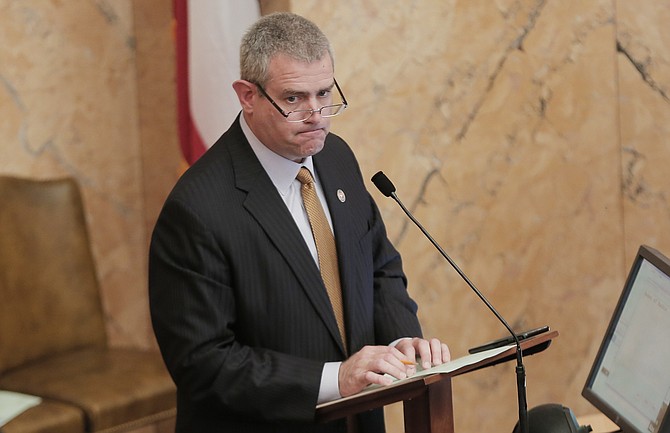 JACKSON — Although the Mississippi governor and legislators who support HB 1523, the "Freedom of Conscience of Religion Act," say it will not contribute to discrimination against the LGBTQ community, many legal professionals and policy experts remain skeptical. Some even warn that the new law could affect children enrolled in public and private schools.

"The pieces that are specific in the bill, at least by our reading, is that it looks like school counselors would be able to deny counseling services to trans or non gender-conforming students," Nathan Smith, director of public policy at the Gay Lesbian and Straight Education Network in Washington, D.C., said in a phone interview. "School officials and principals can also choose to block restroom access to gender non-conforming students. They can implement dress codes that require students to wear clothes that don't correspond with their gender identity."

Smith says Mississippi's legislation is groundbreaking in how sweeping it is in allowing religious refusals. Smith says it is one of the broadest his group has seen concerning the treatment of transgender students, even amid similar legislation in North Carolina, Georgia and Tennessee.

"That is particularly problematic because we know that feelings of safety and affirmation in school are really critical for students to be able to succeed and to learn," Smith continued. "So when you have a trans boy who is forced to wear 'girls' clothes and use the girl's restroom, they're focusing on that instead of focusing on their academics."

Smith said his group has concerns about specifying certain religious beliefs over others. "Of course, all of us are entitled to, and most of us have, religious beliefs, but then to say that these particular set of beliefs are more protected under the law than anyone else's is unprecedented, and especially problematic on a high level, on an immediate level, regarding funding under Title IX," he said.

The U.S. Department of Education's Title IX statute protects students from discrimination on the basis of sex in education programs or activities that get federal money. If school officials adopt policies under the beliefs protected by HB 1523, Smith said, public-school districts would be violating Title IX as the Department of Education determines it.

But Title IX only applies to schools that receive federal funding. Students attending private schools that don't get federal funding and thus might be exempt from Title IX might not be protected. Recent legislation like the expansion of the Special Needs Voucher Act appropriates taxpayer dollars toward sending students to private schools, many of them parochial that may not face any consequences for discriminating against them.

However, a letter from an array of law professors at schools at the University of Mississippi, Mississippi College, Washington University in St. Louis and Columbia University, warns that any organization that receives a federal or state-funded grant "that discriminates based on religious beliefs violates the Establishment Clause by accommodating these organizations in ways that harm the intended beneficiaries of taxpayer funding."

"Providing public funds to an organization that uses those funds in ways that discriminate against the intended beneficiaries of a publicly funded program may also create the perception that the government has endorsed such discrimination," the letter continues.

That means that even private educational institutions that receive public funds could be in violations of the Constitution if they use HB 1523 to justify discrimination against students.