'Sanctuary Cities' for Immigrants May Soon Be Illegal in Mississippi 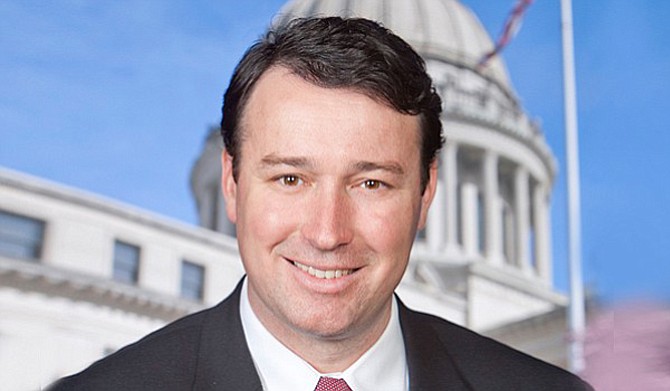 Mississippi municipalities would be banned from establishing "sanctuary cities" for illegal immigrants if a Senate bill, which passed to the House of Representatives yesterday, becomes law.

The bill would "authorize all Mississippi law enforcement officers to assist federal agencies by legally detaining illegal aliens." State, county or municipal law enforcement officials "shall notify federal immigration authorities of the incarceration of a person who is not legally present in the United States" if the bill becomes law. 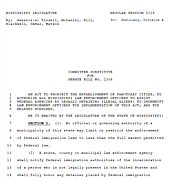 Senate Democrats questioned the bill's author, Sen. Sean Tindell, R-Gulfport, last week about the necessity of the legislation because no Mississippi cities have officially declared themselves to be "sanctuary cities." Tindell pointed to cities like New Orleans, which declared itself a "sanctuary city" on Feb. 28, prohibiting law enforcement officers from inquiring into an individual's immigration status.

"I think in Mississippi we could do more to enforce immigration laws, and that's the point (of the bill)," Tindell told the Senate last Thursday.

"There are no sanctuary cities in Mississippi, is that correct?" Dearing asked.

Sen. Chris McDaniel, R-Ellisville, when questioning Tindell, pointed out that while no Mississippi city has officially called itself a "sanctuary city," some cities, like Jackson, have passed ordinances that tell their police officers to not inquire as to a person's immigration status—and that in essence "created a sanctuary."

"This bill doesn't tell law enforcement how to do their job, but what it does is protect them when they're going to do their jobs and politicians set up policies that prevent them from doing it," Tindell said in response.

The City of Jackson did pass an anti-profiling ordinance back in 2010, which says "a public servant is prohibited from inquiring into the immigration status of any person."

Sen. Deborah Dawkins, D-Pass Christian, questioned Tindell about why the bill was necessary at all.

"I don't think anyone can argue that there's been an illegal immigration problem in this country for quite some time," Tindell said.

Other Senate Democrats admitted that the U.S. did have a problem with illegal immigration but pointed out that Mississippi does not share that problem. Sen. Hob Bryan, D-Amory, spoke on the bill expressing concern for how it would be applied to a victim of human trafficking.

"Under this legislation, if a victim (who is an illegal immigrant) reports something to the authorities, the authorities are obligated to call up the feds and tell them to come pick up the victim," Bryan told the Senate.

He said that in a hypothetical world, the legislation might make sense, but in the real world, every situation is different and law enforcement officials know how to do their own jobs.

After the bill passed by a vote of 36-14 last Thursday, it was held on a motion to reconsider until yesterday when that motion was tabled, and the bill was sent over to the House.

The legislation already has the governor's support. On his Twitter account last week, Gov. Phil Bryant released a statement in support of the bill that said: "Doing everything we possibly can to stop illegal immigration is a moral obligation not only to Mississippians, but to those who legally immigrate here. I commend the Mississippi Senate for passing legislation that prohibits Sanctuary Cities and hope the House will do the same."