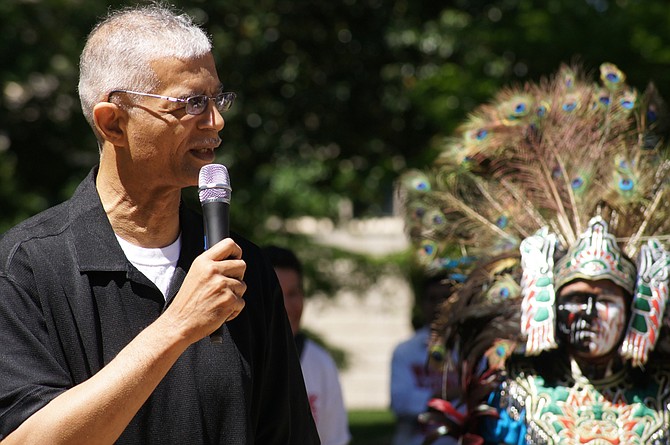 Then-Ward 2 Councilman Chokwe Lumumba introduced an anti-racial profiling ordinance in 2010 that many say established Jackson as a "sanctuary city" for immigrants.  File Photo

Supporters of immigrant rights turned out Tuesday night to urge the Jackson City Council to keep its Racial and Ethnic Profiling Ordinance in place, despite state and national efforts to force "sanctuary cities" to drop protections of undocumented residents.

The Mississippi Senate passed the bill, which will go to the House for a full vote. "Sanctuary cities" are those in which local governments often prohibit their law enforcement from inquiring about one's immigration status and using their resources to enforce federal immigration law. Currently, no legal definition exists, and the term is routinely used in a disparaging fashion by those who do not support the "sanctuary."

Jackson is not always recognized nationally as a sanctuary city, but a 2010 city ordinance limited the role of local law enforcement in profiling and arrested suspected undocumented residents.

L. Patricia Ice, the director of the Mississippi Immigrants Rights Alliance Legal Project, spoke to council Tuesday of the proposed legislation's challenge to the ordinance passed in 2010, which would make the anti-discrimination law null and void. Then-Ward 2 Councilman Chokwe Lumumba, who later served briefly as mayor until his death, introduced and pushed the anti-profiling legislation, which MIRA lobbied for, in response to a controversial anti-immigrant law in Arizona that eventually failed in the courts.

"We're here tonight to ask you for your support for this ordinance. We don't we to see this ordinance cancelled or repealed. This ordinance covers a variety of people, not just immigrants," Ice said at City Hall.

Jackson Police Chief Lee Vance told the Jackson Free Press last year that his cops should not be "the immigration police." His department's position "is to provide police service to those who request it, and identifying a person's immigration status is not our primary responsibility."

Supporting the spirit of the 2010 ordinance, Ward 4 Councilman De'Keither Stamps noted what he perceived to be the divisiveness of the bill, particularly for a country that has prided itself as a melting pot. "I believe that these actions are disingenuous as a nation. America is a sanctuary nation. A hundred years ago, people showed up on boats here coming from Europe undocumented. They were documented when they got here," he said.

Ward 7 Councilwoman Margaret Barrett-Simon questioned whether the responsibility for apprehending undocumented persons is incumbent upon local government. "It is inappropriate for the state Legislature to be telling the City of Jackson, that our police officers, who already do a great deal with little, and who have a duty to protect and serve the citizens, should not be burdened with enforcing federal law," she said. "They should not be put in the position of acting as immigration officers."

The council also announced that the ordinance governing the erection of public-access gates in neighborhoods would be amended in the upcoming city council planning meeting.

Read more about the immigration battle in Mississippi and beyond at jfp.ms/immigration. Follow @jxnfreepress on Twitter for breaking news. Send news tips to [email protected].