The Molly Ringwalds: All ‘80s, All the Time | Jackson Free Press | Jackson, MS

The Molly Ringwalds: All ‘80s, All the Time 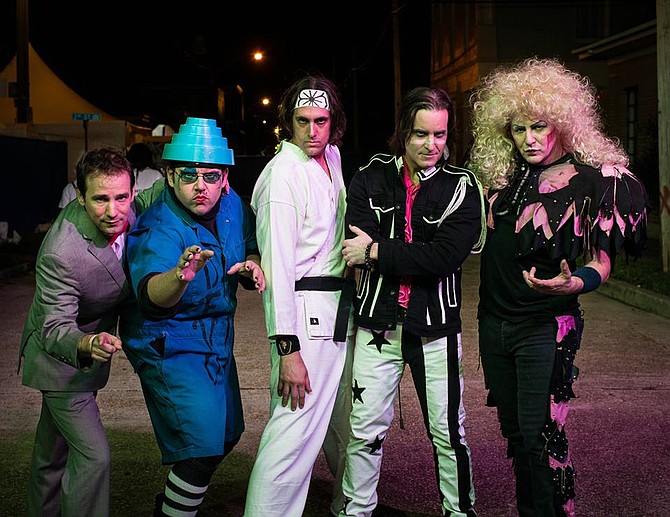 It's strange to call a cover band "original," but the Molly Ringwalds' creative collision of 1980s music and culture—along with the band members' wild personas and stage presence—make for a rare throwback experience. The band brings its signature time warp to Duling Hall Friday, Jan. 30.

Nooner says he is looking forward to the Molly Ringwalds' return to the capital city, where the band will perform at Duling Hall for the first time.

"It's a new venue to us, but Jackson is one of our favorite places to play," he says. "We wanted something more simple this time, but the crowd will still be in for a great show like always."

After moving from Sheffield, England, to New Orleans about 15 years ago, the Molly Ringwalds set out to carry '80s music around the world. Taking inspiration from The Beach Boys, The Beatles, Queen, Depeche Mode, Duran Duran, Journey and Guns 'N Roses, the Molly Ringwalds brings a wide variety of musical backgrounds and experiences to create a show that is rarely the same twice.

"We will look at the set list from the previous show in that city and do our best to have a whole new list of songs," Nooner says. "We also have a few new songs that we just started playing that the crowd will really like. We're always looking for ways to make the show different for our fans."

Even though the band has played in the Jackson area many times over the years, the Molly Ringwalds' goal hasn't changed. "You're going to get the good, the bad and sometimes the ugly from the '80s. Everything from Rick Springfield to the Clash and everything in between," Nooner says. "... The amazing interactive show will still be there. Big sound, big fun and big presentation."

The band will also play several songs from its new album, "Glitterdome," which is available on iTunes. "It's a good mix of hits from the '80s on the first half and sort of a B-side of lost songs from the '80s," Nooner says.

"The '80s had a lot of good songs that are fun to play but may not be as familiar to the casual fan. We brought those songs to life."