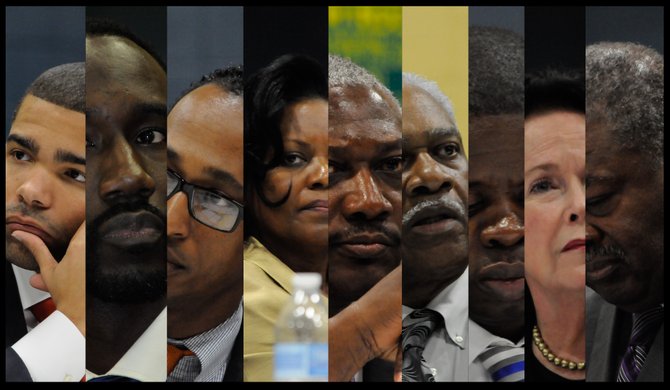 The candidates at the Jackson mayoral forum tackled topics including the utilization of tax credits, crime prevention, crafting a budget, education and economic development. Photo by Trip Burns.