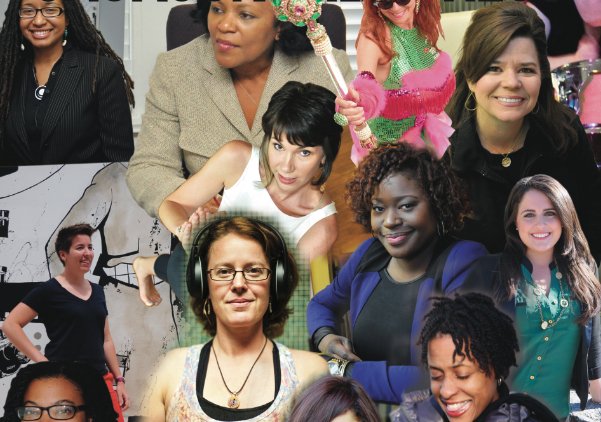 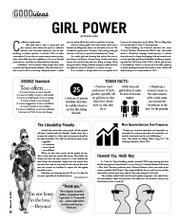 And right there is why so many girls, and then women, don't achieve the power to influence elections, start successful businesses, oust the philandering or abusive partners, or become CEOs of major corporations. It's even why too many young women get pregnant—they didn't have the confidence to say no or demand protected sex—and then too often lead lives of poverty.

Confidence. Let's be honest: Many people (even other women) don't dig self-assured females. They don't trust us, resent us and scowl at us for being "self-promotional"—which men do openly all the time and is a major key to success.

And too many people, men and women, don't want a female boss telling them what to do and what not to do. The socialization against such "bossiness" starts young, with girls told not to be loud, too proud and definitely not "bossy." As a result, girls start learning that society does not expect them to be leaders—because being a leader, and having power, does involve being the boss. Being in charge. Being strong and direct. Being confident enough to make decisions and right the course of a business or a nation or a city.

If we continue to tell girls that it's not acceptable to be bossy, we are setting them up for failure. We are telling them it is not their place to lead. So they step back.

Sheryl Sandberg, the Facebook executive who wrote "Lean In: Women, Work and the Will to Lead," this month started a #banbossy campaign (banbossy.com) to educate about the need to change the language directed toward women and, especially, girls about leadership. Sandberg is partnering with the Girl Scouts of the USA to call for girls to learn to be ambitious, "lean in" to success, sit at the table, speak up in board meetings and raise their hands in class—habits still sadly lacking for too many females in 2014.