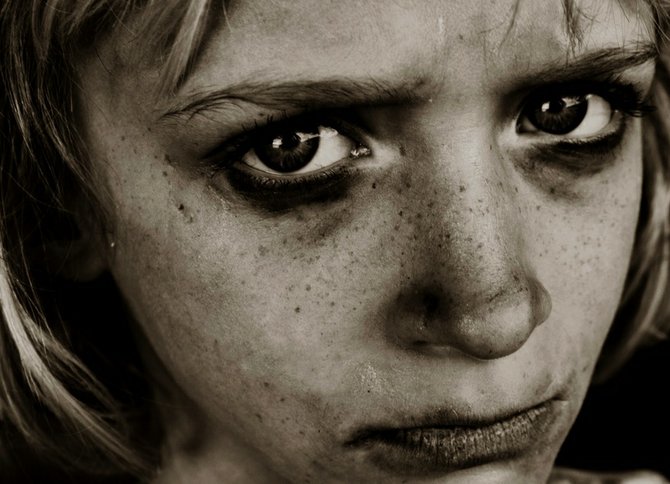 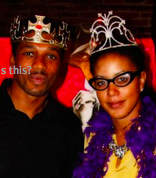 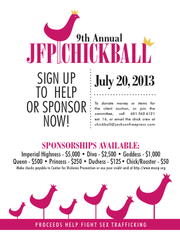 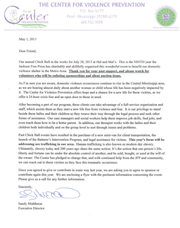 Trading lives for money, sex, work or drugs—those are just a few of the ways people get used. The money can be huge—for those in control of other lives.

The sex? Well, that comes with the territory. Rarely is it done for pleasure.

Importing workers from other countries? It happens every day and not just for field workers.

And the drugs, of course--if you sold yourself day in and day out, wouldn't you want to numb the pain?

It all falls under the rubric of human trafficking--modern-day slavery--and it is the second-most lucrative illegal market in the U.S. today, with an estimated value of $35 billion. It cuts across all facets of people--gender, age, race and economic status. The average age when girls enter lives of prostitution, for example, is 12.

Getting out of prostitution isn't easy, said Sandy Middleton, executive director of the Center for Violence Prevention in Pearl. Victims of sex trafficking share many problems with victims of domestic violence, such as post-traumatic stress, fear, low self-esteem and lack of resources, which puts the CVP in an ideal position to assist both types of victims. The two situations often overlap and CVP personnel are trained for both.

"We have instances where women are sold by their intimate partner for drugs or money," Middleton said.

Along with the power and control exerted by the traffickers, victims face an onslaught of stigma, prejudice and shame. "If you try to leave, we'll tell your parents you've been whoring," a pimp might tell a girl, along with giving her a healthy dose of terror--traffickers are criminals, after all, and they often have the weight of organized crime behind them.

"Gangs can make more money off of selling humans than selling drugs," Middleton said. "And it's a lot safer. They can sell a person 20, 25, 30 times a day, every day. They might use her in strip clubs, too." Many victims also have criminal records that follow them for the rest of their lives.

In Mississippi, the geography and the interstate highways make Jackson a stopping-off point for the sex trade, which is highly portable. Midway between Memphis and New Orleans on the north-south axis, and Atlanta and Dallas on the east-west route, traffickers--pimps--shuttle their wares between sports and music events looking for buyers.

"Jackson is the hub for the southeast, and they're bringing people from Atlanta, the northeast down through here going toward Texas or from the northwest going toward Florida," Susie Harvill, executive director and founder of Advocates for Freedom, told a seminar audience at Greater Antioch Baptist Church last February. AFF is a Gulf-coast nonprofit dedicated to ending human trafficking's exploitation, sale and enslavement of men, women and children.

Sexual slavery can happen to youngsters raised in "good" homes just as easily as it does to those from "bad" or poor circumstances, Heather Wagner, director of the domestic-violence division in the Mississippi attorney general's office, said. All it takes is a naive girl looking for a little affection. The predators look for pretty kids who they can easily flatter, for example, or lonely boys looking for someone who says they love them. Once ensnared with gifts and sweet talk, it can be a short walk to doing sexual "favors" for the trafficker's so-called friends to having sex with strangers 20 times a day.

Wagner and Middleton often work together to craft legislation protecting victims and stiffening legal remedies, in addition to educating law enforcement, prosecutors and judges. During the last legislative session, the women worked alongside other advocates to help strengthen Mississippi's human trafficking laws. The new laws increase jail time and financial penalties for perpetrators, especially those trafficking minors, among several other changes that will make the punishments harsher for "the big guys," while easing up on punishment for victims.

"(Human trafficking) doesn't just happen in other parts of the world," Wagner said in February. "It happens right here in Mississippi."

Help the Jackson Free Press raise funds for the victims of sexual trafficking in Mississippi. The ninth annual JFP Chick Ball is July 20 at Hal & Mal's (200 S. Commerce St.); all proceeds go to the Center for Violence Prevention. Donate anything from art and other silent auction items, to donations of time and services. Cash is always welcome. Email [email protected] or call 601-362-6121 ext. 23 for more information.