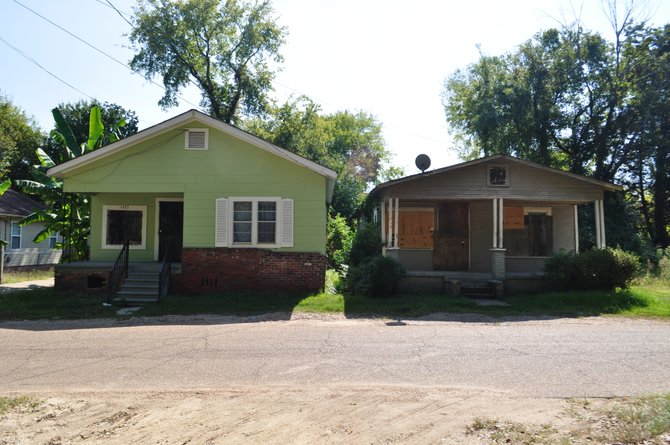 These side by side homes epitomize the challenges and struggles of the Washington Addition neighborhood. Photo by Trip Burns.