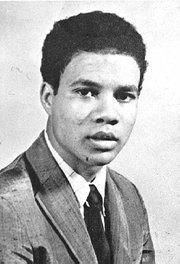 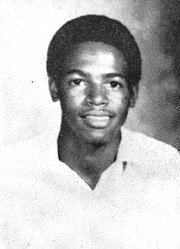 In May 1970, the sound of gunfire aimed at students ceased sounds of protest on what was then the Jackson State College campus (now Jackson State University). What came of those gunshots would be remembered on campus for decades.

Yesterday, Jackson State University unveiled its second Freedom Trail marker at the corner of John R. Lynch and Prentiss streets in remembrance of the young men who lost their lives. The first marker was set in front of Ayers Hall in April 2012. The program included several remarks from JSU students. The Jim Hill High School choir performed as well.

David Hoard, Vice President of Institutional Advancement, said the program was purposefully put together to include several student speakers. "This is what Jackson State University is all about," Hoard said. "That is what happened at the Gibbs-Green Plaza 42 years ago. It involved students." Students spoke about the benefits of learning from their history and moving forward to make a difference.