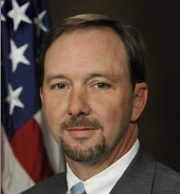 The FBI arrested four men, including two former metro police officers and one acting Hinds County Sheriff's deputy, Oct. 2 on charges of conspiracy to commit an offense against the United States and theft of government property.

Daniels served as one of two bodyguards that Hinds County District Attorney has said that then-Mayor Frank Melton assigned to him soon after he became DA—a controversial move the JFP criticized at the time. Daniels also worked on high-profile cases as a Jackson police officer, including the initial Heather Spencer assault case, in which Daniels downgraded George Bell's charge the first time he beat her. Bell later killed Spencer.

"These four subjects were arrested pursuant to an indictment returned by a federal grand jury in the United States District Court for the Southern District of Mississippi, on October 2, 2012," Daniel McMullen, Special Agent in Charge of the Federal Bureau of Investigation in Mississippi, stated in a press release.

Criminal Division Chief of the U.S. Attorney's office John Dowdy told the Jackson Free Press in a email that the arrest was part of an ongoing FBI investigation that has been in the works for a couple of years. He stated that he expects additional arrests from the investigation.

The indictment alleges that the defendants conspired to steal cash from drug dealers traveling to Mississippi from other states between Sept. 6 and Nov. 27, 2011.

According to the allegations, on Sept. 30, 2011, Robinson, Daniels and Jackson drove to a hotel in Jackson to steal personal property from individuals they believed were drug dealers from another state. Robinson entered the hotel room and took a bag containing about $23,000. On the same day, all four men stole the money and seven iPads that were part of the FBI undercover investigation.

The defendants made their initial appearances Oct. 10 before U.S. Magistrate Keith Ball. All four were released on $10,000 bond. Their trial is set for Dec. 3. If convicted, the men face a maximum of 15 years in prison and a $500,000 fine.

Assistant United State Attorney Jerry Rushing will be the prosecutor in the case.

Donna Ladd contributed to this report.