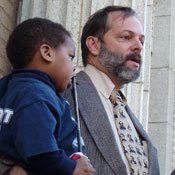 As Mississippi voters rejected a proposed personhood amendment last November, Personhood USA and other supporters of the measure already had plans underway to promote similar initiatives in other states.

Supporters of several personhood initiatives designed to end abortion have run into a number of legal roadblocks in their attempts to get the initiatives on state ballots this November.

The initiatives, which usually seek to define human life as beginning at fertilization, are one of the pro-life movement's latest strategies to end legal abortion in the United States. The initiatives have been around since at least 2008, though voters have yet to pass one in any state.

If such an initiative did pass, supporters hope it would go before the U.S. Supreme Court and overturn Roe v. Wade, greatly restricting abortion rights throughout the country. So far, however, personhood supporters are stuck making their case before lower courts and voters.

In Nevada last month, a judge banned an initiative proposed by Personhood Nevada from appearing on the ballot, saying it was too vague. A few days earlier, the same judge rewrote another personhood initiative, proposed by the Nevada Prolife Coalition.

In his ruling, District Judge James Wilson Jr. wrote that if the initiative passes it will affect common forms of birth control, treatment for ectopic pregnancy, in-vitro fertilization and stem-cell research. Wilson allowed the Nevada Prolife Coalition to collect signatures for the initiative, but said it must say it would protect every "prenatal person," from the moment an egg is fertilized by a sperm.

As rewritten, the initiative "would protect a prenatal person regardless of whether or not the prenatal person would live, grow or develop in the womb or survive birth; prevent all abortions even in the case of rape, incest or serious threats to the woman's health or life, or when a woman is suffering from a miscarriage, or as an emergency treatment for an ectopic pregnancy.

"The initiative will impact some rights Nevada women currently have to utilize some forms of birth control, including the 'pill,' and to access certain fertility treatments such as in vitro fertilization. The initiative will affect embryonic stem cell research, which offers potential for treating diseases such as diabetes, Parkinson's disease, heart disease and others."

During the run-up to Mississippi's vote on a personhood initiative, supporters and detractors disagreed over whether the initiative would ultimately ban the pill and emergency abortions to treat ectopic pregnancy.

After the election, Personhood Mississippi polled voters and found that most voted against the initiative over concerns about potential effects on in-vitro fertilization and life-saving medical treatment.

Earlier this week, Arkansas Attorney General Dustin McDaniel sent sponsors of a proposed personhood ballot amendment in that state back to the drawing board.

The proposed amendment, titled "The Paramount Right to Life", reads:

"An amendment to the Arkansas Constitution: Recognizing each innocent human being, at every stage of development, as a person with the right to life; banning abortion except when the mother's life is in danger; not affecting birth control or in-vitro fertilization that does not cause the death of a person; recognizing and affirming that protecting the right to life of every innocent person in Arkansas is the right and responsibility of the people of Arkansas."

Personhood supporters may retool the proposed Arkansas amendment and ballot title and resubmit them for consideration.

Personhood USA issued a press release to say that it would re-file the Arkansas initiative, adopting as many of McDaniel's recommendations as possible, and is preparing for a lawsuit to challenge an anticipated second rejection.

In December, the Colorado Secretary of State's Title Board voted to allow Personhood Colorado to place a proposed amendment on the ballot for a third time. Voters in that state--the home state of Personhood USA--rejected personhood initiatives in 2008 and 2010.

As in other states, Mississippi's personhood supporters took their case to the state supreme court to keep the initiative on the ballot. Though they won in court, they failed to win over voters.

This week, Personhood Mississippi founder Les Riley posted on Facebook that he is in Jackson to push for anti-abortion legislation.

Personhood's mixed success hasn't stopped some national candidates from trying to lock down votes within the pro-life movement. Personhood USA promoted a Presidential Pro-life Forum for Republican presidential candidates, and five candidates signed a Personhood pledge ahead of the Iowa caucus.

Read more of the JFP's ongoing coverage of the personhood movement at jfp.ms/personhood.

That last Arkansas provision that ends with "the responsibility of the People of Arkansas" sets up a LOT of legal issues regarding suing the state for support of a child. Just any ole child! It doesn't designate. So, if you give birth in Arkansas, you could legally fight the people of Arkansas are responsible for your kid. Stupids. Someone needs to figure out who is screwing who in that CO SOS office. This is their third challenge and they are supposed to "significantly alter" the wording of the bill each time. Interested to see how badly it gets beaten a third time.