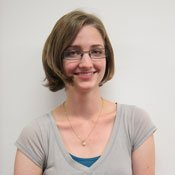 In the center of a dimly lit room in the Smithsonian National Museum of American History sits a small book that Thomas Jefferson made by meticulously cutting out sentences and gluing them onto pages. It's a Bible, but not the whole Bible. Only certain sentences were worthy, in Jefferson's eyes, to be included in his Bible. He included nothing about miracles or the resurrection of Jesus or the Old Testament, resulting in a book of nice, familiar, vaguely religious advice.

On the back of the display case is a quote from Jefferson: "We must reduce our volume to the simple evangelists, select, even from them, the very words only of Jesus. ... There will be found remaining the most sublime and benevolent code of morals which has ever been offered to man."

In another display case, set back against the wall, are the pieces of the Bible that Jefferson didn't want: two antique books with square holes clipped in the pages, but quite a bit of text left untouched.

I thought about the Jefferson Bible again a couple of weeks after my visit to the archives, when I came across an article about Gov. Phil Bryant saying schools should have some kind of "nondenominational opening prayer" in classrooms. In The Hattiesburg American report, Bryant said he grew up with prayer in school, and it built students' character.

For thousands of years, governments have used civil religion to build certain characteristics into their citizens. What better than familiar religious beliefs to encourage unity and to endow the government with a sacred right to rule? In 312, Emperor Constantine the Great took the Christian Chi-Rho symbol as his standard and established Christendom in Europe, which also established a powerful incentive for aspiring politicos to embrace the emperor's Christianity. In 1954, the U.S. Congress added "under God" to the Pledge of Allegiance as a way to differentiate "the free world from the Communist world." (See Mississippi's House Concurrent Resolution 7, passed earlier this year.) Communism, Congress suggested as it placed America "under God," was not just a threat to our country but a threat to your religion, and citizens should get behind their government's Cold War efforts with a religious fervor.

In the debate over how much influence church and state should have over each other, the focus is usually on how the religious majority can use political power to oppress minorities, and people are right to remember that danger. Throughout history, people have been embarrassingly quick to use religion to bully people into line politically and to marginalize those who aren't part of the mainstream.

In Mississippi, however, those of us who are in the religious majority are quick to forget how civil religion hurts us. At first glance, having one's religion enshrined in law seems like a way to safeguard its influential role in society, but, as one of my professors said (at my small, Southern Baptist college): When church and state become intertwined, both church and state become corrupted.

Civil religion demands a utilitarian view of God--he is worshiped only insofar as he is useful, and the pieces or pages or chapters of theology that don't serve the state's purpose can be discarded. Civil religion can offer a "benevolent code of morals" or a reason to get behind a war effort, but it is ill suited to act as a prophetic voice or conscience to challenge injustice or contradict popular wrongs. Religious groups tend to give up the right to speak truth to power when we become obsessed with gaining political power ourselves.

Reducing religion to a moral code also usually means ignoring the heart of one's religion. As an evangelical Christian, I pray to a specific God: one who took on a human body as Jesus Christ, physically rose from the dead and continues to interact with people through his Holy Spirit. That's not something you can put in a "nondenominational prayer"-- at least not one that can accommodate an increasingly diverse population.

Jews and Muslims pray to a God who is quite different from mine, and it's vaguely insulting to think that the intricacies and uniqueness of each of our religions could or should be dumbed down to something we can all agree on. And those are just the Abrahamic religions--what about people who believe in many gods or no god at all? Shouldn't classrooms and the political sphere give them equal recognition as well? Even those who think the state should bow to the majority religion would do well to remember that Christianity has not always had (and will not always have) the voting clout it has now. It is both wise and good to, as Jesus said, "Do unto others as you would have them do to you."

To be honest, I care more about protecting my religion than I do about the state. I'm more worried about a school feeding my future kids a watered-down version of religion that inoculates them against Christianity than I am about them turning into morally bankrupt juvenile delinquents if school doesn't tell them there is a God. I'm more worried about politicians manipulating my religious beliefs to serve their political ends than I am that Christ will disappear if the governor does not tip its hat to him.

I seriously doubt semi-religious "prayers" in classrooms are the only way we can teach children to be nice to one another, especially if it comes at the expense of ceding moral and religious responsibility to the state. Lately, Christians have spent too much time bogged down in arguments defending the political institution of Christendom rather than our belief in Christ. Yet another culture war over school prayer can only make it worse.

So Mr. Bryant, from one evangelical to another, leave the cross and Chi Rho off your shields, and let me keep my Bible without holes in it.

Elizabeth Waibel is the former news editor for the Jackson Free Press. This week, she moved to the Washington, D.C., area, where she is a freelance writer and sometime JFP Washington correspondent.

Updated June 21 to correct the location of the Jefferson Bible, which is at the Smithsonian National Museum of American History, not the National Archives.