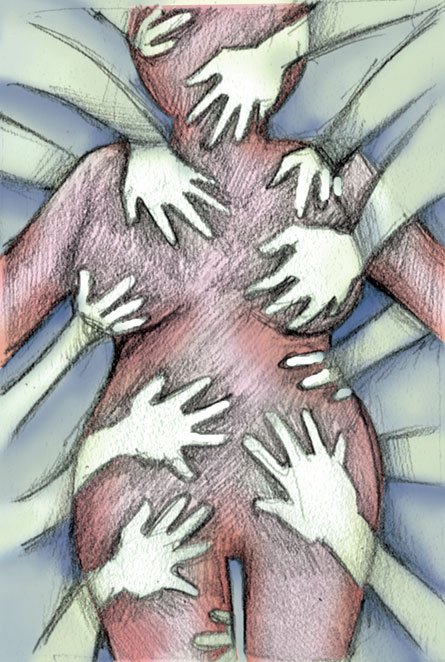 You're a woman who has been raped, and you're terrified that your rapist made you pregnant. You ask your doctor for emergency contraception, but she refuses to give it to you; she's morally opposed to it.

Today, the options in Mississippi are limited. No doctor or pharmacist is obligated to provide the care you legally seek. You could end up with a pregnancy forced on youonce by violence and again by another's moralityendangering your own health and that of a child.

If President George W. Bush gets his way during his final months in office, the Mississippi model of ultra-conservative reproductive regulations would go nationwide. A Health and Human Services draft proposal circulating on Capitol Hill will: restrict most forms of birth control, potentially making them illegal in 27 states; allow insurance companies to refuse to cover contraceptives; and expand the definition of who can refuse service to those who "assist in the performance" of health care, a definition so broad that it includes peripheral workers such as pharmacy clerks, clinic receptionists, medical technicians and janitors.

"If the regulation were implemented  (clinics) could hire a receptionist who could refuse to make appointments for women who are seeking birth control," said Shawna Davie, Reproductive Freedom Project Coordinator at the Mississippi ACLU. "It would definitely put the clinic in a precarious position."

The proposal would also deny federal funding to institutions that do not certify, in writing, compliance with "conscience" anti-discrimination laws already enacted. Those laws, the so-called "church" amendments and the Weldon Act, make it possible for facilities and providers to refuse to provide reproductive health care based on moral grounds.

Mississippi allows the broadest interpretation of those laws, allowing health-care providers, pharmacists, pharmacies and health-care institutions to refuse contraception, sterilization and abortionmaking it the only state in the union to include all providers and all female reproductive options.

"I'm not sure it would make that much of a difference in Mississippi," as a practical matter, said Adam Sonfield of the non-partisan Guttmacher Institute in Washington, D.C., which advances sexual and reproductive health worldwide. It would, however, make the state's laws easier to enforce and impossible to overturn.

The proposal's authors also want to include the aforementioned "federal conscience protections" within anti-discrimination hiring laws (against race, creed, sex and so forth), opening the door for lawsuits against clinics whose raison d'etre is providing safe and legal reproductive health services. If approved, anti-abortion doctors and others fired (or not hired) by such clinics would have grounds to sue, and HHS could withdraw federal funds from those clinics,.

Hidden in the middle of the proposal, however, is language that redefines what qualifies as an abortion, serving to broaden the legal definition of pregnancy, potentially making any birth control that prevents implantation of a fertilized egg (IUDs for example, and "morning-after" pills) illegal.

"[T]he Department proposes to define abortion as 'any of the various proceduresincluding the prescription and administration of any drug or the performance of any procedure or any other actionthat results in the termination of the life of a human being in utero between conception and natural birth, whether before or after implantation,Ҕ the draft reads.

The language uses right-wing ideology that states every fertilized human egg constitutes a life, whether viably implanted in the womb or not.

Both the American Medical Association and the American College of Obstetricians and Gynecologists, define pregnancy as beginning at implantation, eight to 18 days after fertilization; between one-third to one-half of all fertilized eggs never fully implant naturally, they say, and up to 20 percent of all implantations end in miscarriage, most before the women knows she is pregnant.

The right wing ignores that definition.

If Bush orders implementation of the proposal, which does not require congressional approval, it would join other ideologically based and ineffective reproductive health-care regulations, such as abstinence-only sex education, proven to be ineffective in reducing teen pregnancies or lowering rates of sexually transmitted disease, including HIV/AIDS.

"The fact is, most Americansregardless of their position on reproductive choiceagree that increasing access to birth control prevents unintended pregnanciesand results in fewer abortions," the letter states. "As a matter of public policy, it is utterly irresponsible for the federal government to hinder women's access to contraceptive services.

Update. NPR is reporting that the draft proposal has been revised, dropping controversial language that would define some birth control as abortion. Language expanding the roles of "provider," however, remain, as do the provisions for certification. The NPR story has links to the draft proposal, which includes information on how to comment.

This is a GREAT article, Ronnie Mott. I'm surprised that bloggers haven't run out of ink responding to this one. The physician who was Jackson's first MD to run an abortion clinic is now a "born again right to lifer". My problem with this is the fact that she was able to aquire wealth: Why not return the money if your position has changed so drastically? We should be oh so careful in allowing McCain a shot at becoming president. Row v.Wade is out of the window and we are back to back alley procedures. You gave a wonderful example about a woman being raped but, is unable to get the morning after pill when the possibility is there for a pregnancy. Can you imagine a 10 year old who is raped and is now pregnant. This is my litmus test of true right-tolifer.

Thanks, Justjess. I was a little surprised at the lack of response, too. Maybe next time I'll lead with "Women of America: You're Rights Are Being Chipped Away Inch-By-Inch!" This proposal is clearly an administrative end-run around laws that the right don't like. Having marched down Constitution Avenue for the right to choose my own reproductive fate, I'm not likely to stand idly by when someone tries to take them away again.

If the law is going this far, might as well go ahead and ban all birth control, even condoms. After all, they are impeding "implantation of a fertilized egg". I bet a man wrote most of all of these laws.

Golden, technically, condoms prevent fertilization to begin with, so I think they'd be safe. For now, anyway. The revision dropped that piece of business. What they didn't drop, and what remains dangerous in the proposal is the language expanding the definition of a health-care provider. Under this proposal, anyone vaguely connected with a provider (receptionist, janitor, supplier, pharmaceutical rep, etc.) could refuse to provide service on moral grounds. AND could sue a clinic for discrimination if they were fired or not hired.