[Lee] My Health Is At Stake 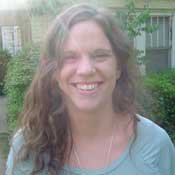 In 2008, I was living in Colorado and facing a ballot initiative known as Amendment 48 to the state Constitution. It aims to define personhood as beginning at the moment of egg fertilization. In a statewide election, 73.2 percent of voters opposed the change, and defeated the amendment.

Now that I'm back home in Mississippi, I am facing Initiative 26, a potential ballot initiative that would redefine personhood in the state Constitution as "every human being from the moment of fertilization, cloning or the functional equivalent thereof."

The strategy of undermining abortion law at the state level has been in play since 1973, when the U.S. Supreme Court ruled in Roe v. Wade that abortion rights are based on the right to privacy under the 14th Amendment. Anti-abortion groups believe that the Roe v. Wade ruling implied that if unborn babies were legally defined as people, they would have an equal right to life under the 14th Amendment.

I am a married woman without children, and I deserve the right to determine when and if I will have children in the safest and healthiest way possible, without government regulation hindering those choices in a potentially harmful way. Here are the reasons I will vote against Initiative 26:

• It could strip birth control and family planning options from all people of this state. Family planning, a right and privilege of all sexually mature human beings, involves decisions people in consensual relationships make about having children. We have numerous options for how to practice family planning for many lifestyles and cultures and for individual health-care needs. Some forms of contraception prevent fertilized eggs from attaching to the wall of the uterus. These could become illegal, based on the amendment. Furthermore, the new initiative may not permit sexual assault, rape or incest victims to get abortions if pregnancy resulted from those violent acts.

• There is no need to more clearly define life to protect unborn children from unlawful practices. State and federal laws state laws specify that any fetus becomes a person when it is "born alive," meaning physically separated from its mother's uterus and surviving independently.

• Many laws protect unborn children, including the 2004 fetal-homicide law prohibiting "serious physical injury to the embryo or fetus," punishable as a felony. The national Unborn Victims of Violence Act of 2004 also recognizes a "child in utero" as a possible legal victim of about 60 violent crimes.

• This law could suppress cloning, stem cell research and medically assisted reproduction. Most untraditional human fertilization procedures are carried out for the purposes of scientific research or to assist fertility and reproduction. For example, during in vitro fertilization, a woman's eggs are fertilized outside her uterus and then implanted in the uterus where they can continue to develop. This method gives couples having trouble getting pregnant the possibility of having a baby. Embryonic stem cells used in research typically come from embryos fertilized in vitro or cloned specifically for scientific research. Stem cells are valuable for research on genetic blood and immune system diseases, cancers, Parkinson's and Alzheimer's diseases, and tissue replacement for spinal cord and other physical injuries. No matter the intention or outcome, all these methods of life creation would be illegal if personhood were redefined.

• Personhood raises legal implications. Personhood comes with responsibility. Citizens have many freedoms and rights, but we also have duties. Children under age 18 are not treated as full citizens, but they are counted toward population estimates and affect political districting. Do we want to open the door for questions such as: Should we count fertilized eggs in a census or give tax breaks to its parents? Should fetuses conceived in the United States become U.S. citizens regardless of where they are actually born?

• Reproductive health care could be criminalized. Right now, the mother is the priority for care if something goes wrong during pregnancy or childbirth. If personhood is redefined and that changes, doctors will be forced to second-guess the split-second decisions they make in emergency situations, jeopardizing both mother and child. In addition, police would have to investigate miscarriages, stillbirths and other pregnancies that don't reach full term. Women and doctors could become suspects in criminal investigations as they are in Nicaragua, Chile and El Salvador where there are complete bans on abortions.

• Abortions will not go away if the initiative is passed. Abortions are still legal under federal law; however, if abortions were banned, they would not disappear. Unlawful abortions are at the root of a global health crisis, a 2011 World Health Organization reports.

The abortion debate is highly polarizing, but support for birth control and family planning is strong. Earlier this year, the National Planning and Reproductive Health Association found that 84 percent of those surveyed believe "family planning services, including birth control and contraception, are important to basic preventive health-care services." This finding gives me hope that voters will question the motives of those sponsoring the personhood amendment, and decide this redefinition is not needed.

Catherine Lee is from Jackson and is a graduate student at Jackson State. She wrote this piece as part of the Charles H. Moore Memorial Writing Project (http://chmproject.blogspot.com).

Great post, Catherine Lee. This about sums up why Initiative 26 is a very bad addition to our State Constitution.