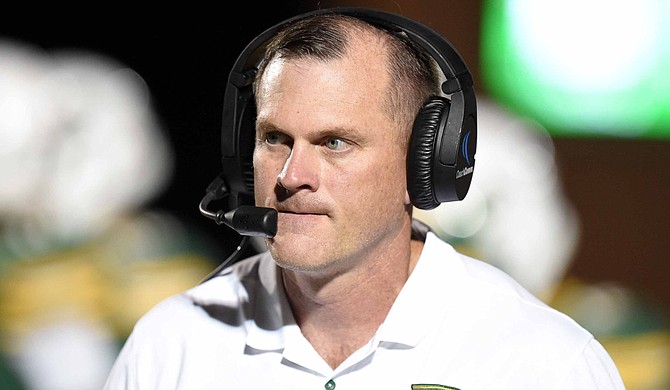 Conference realignment isn’t just for the highest division in college athletics. Programs from all levels will be moving to newer conferences for several reasons in the near future.

Belhaven athletics once belonged to the National Association of Intercollegiate Athletics, or NAIA, for over five decades. The Blazers moved from NAIA to become a member of the NCAA at the Division III level.

In 2015, Belhaven joined the American Southwest Conference at the Division III level. The Blazers experienced growing pains as they adjusted to their new conference. The Blazers worked through the process of becoming a full-member of Division III and completed the transition in 2019. Belhaven became eligible to win ASC championships in the 2019-2020 season.

The Blazers now are moving from the American Southwest Conference to the USA South Conference. Belhaven will finish the spring season in the ASC before moving to their new home in the fall of 2022.

The move comes as the Blazers enjoyed the best winning percentage and best season in the football program’s history. Belhaven finished the season 7-3 overall and 6-3 in ASC play. In addition, head coach Blaine McCorkle earned the ASC Coach of the Year title for the second straight season.

Belhaven men’s and women’s soccer teams enjoyed success this fall. Both squads made the conference tournament this season. The Blazers will compete in the ASC in sports like men’s and women’s basketball, softball and baseball for the final time before the move.

The USA South Conference features 19 members at universities in Alabama, Tennessee, Georgia, Kentucky, Virginia and North Carolina. Belhaven will stay at the Division III level as USA South is a Division III member.

While most of the ASC members are located in Texas with one school in Arkansas. Belhaven fits better geographically in the USA South. The Blazers being in a conference that covers most of the southeastern part of the US makes better sense.

Belhaven will become a full member of the USA South for the 2022-2023 academic year. The move won’t hurt the Blazers facing main rival Millsaps College. Plus gives the Blazers a chance to build closer rivals in their new home.