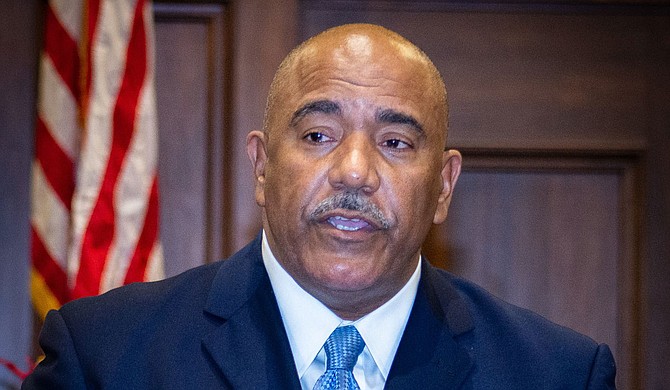 Hinds County District 2 Supervisor David L. Archie has called for police reforms in the wake of the death of 46-year-old George Floyd in Minnesota, which led to protests around the world in the last two weeks.

At the June 1 special meeting of the Hinds County Board of Supervisors, Archie said that there is a need for discussion on how law enforcement officers treat citizens, and the effort should not end with just protests.

"But after the protests, what do we do?" he asked. "Do we change the course of the criminal-justice system here in America, in Hinds County, in Rankin County, Madison County and many other areas?"

He pointed to a remarkable difference between the Black Live Matter protests in the past and the current viral uprisings. "What I have seen in the last few days is that there are now more Caucasians, white folks, Asians, Latinos and other nationalities fighting for the same justice,” Archie said.

The supervisor listed racial profiling and illegal stops and searches without probable cause as some of the problems. He urged action, "so five years from now, we won't be back in the same place and that it won't happen again throughout America."

Archie called on judges, elected officials, at the state and county levels, to treat people fairly, regardless of their socioeconomic status or connection, noting that it is not helpful to equate black-on-black crimes with police highhandedness.

"When it comes to law enforcement, people that wear badges, guns, it makes absolutely no sense whatsoever for those other police officers to sit there and watch what was going on as breath left this young man, and did not do anything,” Archie said.

Along with Hinds County Sheriff Lee Vance, Archie helped lead the effort on May 18 to increase militarization of law enforcement in Hinds County with a SWAT team to respond to violence in the majority-black Jackson. The Board of Supervisors authorized the SWAT team as a joint effort between the two municipalities and the county. The Jackson Police Department, criticized for violent policing on June 7 at a large Black Lives Matter protest in downtown Jackson, is part of that SWAT coalition.

Both Mario Clark and George Robinson died after JPD beatings in 2019. Another officer, Myron Smith, was caught on video holding a young man backward over the top of a car with his hands on or close to his throat. “Make me, make me, I say, make me,” Smith yelled at the young man.

Archie called for leadership to make sure local policing does not turn violent again.

"I hope the sheriff here in Hinds County and the chief in the Jackson Police Department instruct their men, 'listen, we have to have high standards,'" he said. "We must not go along with the stupidity of that officer, of those officers, of what happened in Minnesota. Because only one of them had to say, 'look he's in handcuffs, his hands are behind his back, let's get him off the ground, he is begging,' but they did nothing."

Archie said Hinds County citizens traveling through neighboring counties should not feel "that because they have crossed over to Madison County or Rankin county, that they are threatened by law enforcement."

The Hinds County Board of Supervisors has set up a committee on homelessness and food insecurity. Board President Robert Graham proposed the committee with District 2 Supervisor David Archie as chairman and mandated that it report back on its findings within 90 to 120 days.

Graham, at the June 1 meeting of the board, said the problem of homelessness has been burgeoning and unaddressed in the county for the last several years. He said the committee will not only define the issues but will put together resources to combat it and inform the county on remedies. 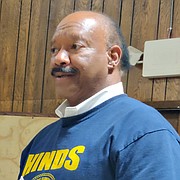 "Many people are leaving garbage, we are having businesses leave, and we know that people are hurting at the same time," he said. “How do we help these people? How do we help anyone who has nowhere to go, no food to eat? How to communicate with these individuals. We don't even know at this particular time how many agencies are involved in helping them.”

Graham said the committee would bring together partners to address the needs of the homeless people under bridges and along Northside Drive.

Archie said the homelessness problem in Jackson is getting out of control. "We want to make sure that there are places where they can go and get supper, breakfast and a good night's sleep," he said.

He said the committee will collaborate with the Salvation Army, churches and different organizations that are serious about helping the homeless.

"We are going to work together as a team to help clean up this serious problem, in downtown, north Jackson, Highway 80, all over Hinds County. We only need people that are committed. We are not going to play politics," Archie said.

"We are going to tell them to help us to help clean up this problem that we have in Hinds County that does not exist in Madison County, or Rankin County or some of our neighboring counties and neighboring towns. Everybody is dropping folks up here in Hinds County, in Jackson. It's just time to do something about it.”