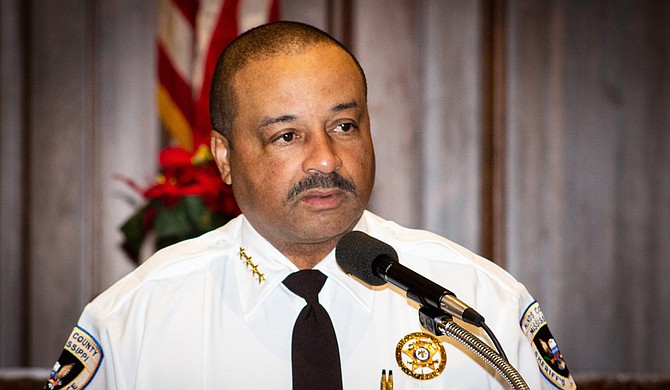 Hinds County is forming a new special weapons and tactics, or SWAT team, in response to violence and crime in parts of Jackson and the county, including the Queens in west Jackson. The Board of Supervisors on Monday approved Sheriff Lee Vance's request to enter into a memorandum of understanding with the City of Jackson and City of Byram to form the county-wide team. The motion passed unanimously.

At the meeting, supervisors relayed stories about increasing crime in their neighborhoods.

District 2 Supervisor David Archie read a text he received Sunday about shootings throughout the weekend in west Jackson. The text reads: "Please give us some help out here in the Queens, they are starting to shoot out again, Queen Juliana lane, Queen Victoria lane. Please, please help us."

"They shot all night, Friday night, all night Saturday," Archie told the board.

Archie pointed to many hotspots in Jackson, in communities and neighborhoods, where the elderly cannot sit down on their porches because of shootings. He said the situation requires urgent police attention.

"What are you going to do to deal with some of these hardcore crimes in Jackson and Hinds County?" he asked the sheriff’s representative at the meeting. "I am talking about murder, rape, robbery, homicide and carjacking. Can we find a way since we are going to approve the SWAT team? We need help in these areas where these crimes are taking place."

Archie, who was elected to the board last November, said it is the responsibility of elected officials to make sure that communities are safe and develop a plan to that end.

"Is there any way we can work out something to provide help, to help save lives, to make sure that we run off these bad guys that are strong-arming the community, hijacking? We've got to do something," Archie said. He added that a SWAT team focusing on crime would help people live with peace of mind.

But recent research shows that SWAT teams and other forms of police militarization may not have the desired effect, often instilling more fear into communities where they are concentrated. A widely cited CATO Institute study on police militarization found that SWAT teams, in particular, are more often deployed in communities of color, such as the Queens as Archie cited. The research also found “no detectable benefits in terms of officer safety or violent crime reduction, on average.”

Researcher Jonathan Mummolo explained that while the benefits of tactics such as SWAT teams are questionable, they can also violate the civil liberties of people in the communities that use such military tactics.

“On average, militarized police units do not appear to provide the safety benefits that many police administrators claim they do,” he wrote. “Police may suffer reputational damage when they deploy militarized units. These results suggest that the often‐​cited tradeoff between public safety and civil liberties is, in the case of militarized policing, a false alternative."

“Given the concentration of deployments in communities of color, where trust in law enforcement and government at large is already depressed, the routine use of militarized police tactics by local agencies threatens to increase the historic tensions between marginalized groups and the state, with no detectable public safety benefit,” Mummolo continued. “While SWAT teams arguably remain a necessary tool for violent emergency situations, restricting their use to those rare events may improve perceptions of police with little or no safety loss.”

Only A Call Away to Assist Jackson Police Department

The sheriff office argued at Monday’s meeting that the SWAT Team needed an invitation to enter into a jurisdiction and that the MOU would mean that the SWAT team is only a call away to assist the Jackson Police Department.

Sheriff Vance was formerly police chief and left the position several months into Mayor Chokwe A. Lumumba’s first year during a controversy involving the department’s embrace of the federal Project Eject, which JPD still participates in.

The Board of Supervisors also unanimously approved the Hinds County Sheriff signing a memorandum of understanding with Securas Technology to adjust the telephone services provided to inmates.

The MOU temporarily allows each inmate two five-minute phone calls a week as a humanitarian gesture in the wake of COVID-19.

Email story tips to city/county reporter Kayode Crown at [email protected]. Follow him on Twitter at @kayodecrown. Donna Ladd contributed to this report.