OPINION: As An Immigrant in Mississippi, Every Day Is a Waiting Game | Jackson Free Press | Jackson, MS

OPINION: As An Immigrant in Mississippi, Every Day Is a Waiting Game 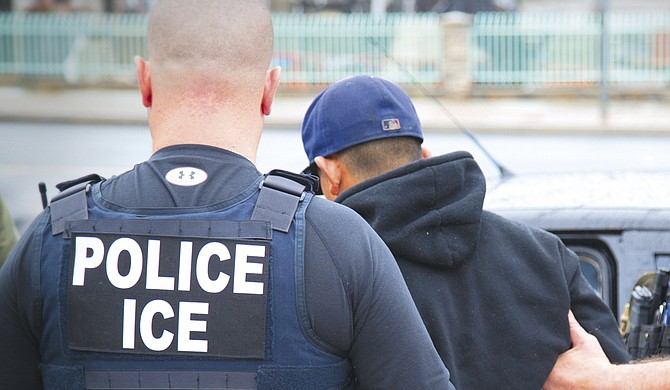 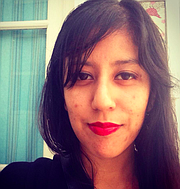 Six hundred and eighty people were arrested across Mississippi today.

Not all those arrested today have children, but some do. They and their families were dealt with a trauma they may never recover from. It doesn’t help that reports are messy right now, and some outlets are reporting that ICE rounded up every immigrant without properly checking for documentation.

I still remember Proposition 187 in California, where I grew up. Every day Latinx TV networks such as Univision and Telemundo covered horrifying raids and family separations these entailed. People were afraid to leave their homes and many of my classmates in elementary schools talked about our fears and plans during recess.

I still remember hearing about the raid at Howard Industries in Laurel, Miss., in 2008, and so do many of you reading this now. You know that xenophobic hatred and bigotry is to Mississippi what gravy is to a biscuit.

To outsiders who don’t think about race or oppression, Mississippi is a peaceful state with more lakes and parks than people. But to immigrants and Black folks who live here, Mississippi continues to battle with its past and manifests its hatred in concrete ways.

When I moved here, I never wondered if I’d face bigotry or xenophobia at work, in public or even at church. I waited for these moments to come. As someone who has been a naturalized U.S. citizen for eight years now, this is my privilege. Undocumented immigrants are forced to wait for even worse outcomes.

Being an immigrant in the United States, especially as a child, forces you to grow up much faster. Despite Mississippi’s well-known hatred, it also has a rich history of resistance on the part of its Black residents and overlooked Native American population.

Southern Hospitality Isn’t for Everyone

When it comes to immigrants in Mississippi, those claiming to be pro-life and have family values tend to forget about supposed reliefs. It’s the reason why southern hospitality means nothing to me.

The South has never been hospitable to people of color. Immigration and Customs Enforcement, known as ICE, is a federal agency, but there are many ways states can help undocumented immigrants. Mississippi has always chosen not to.

States such as California, New York and New Mexico have passed legislation allowing undocumented immigrants to drive, but Mississippi still labels driver’s licenses for legally present non-US citizens. Minnesota, Texas, Colorado and California offer in-state tuition to undocumented students who were educated in their states thanks to a change in state laws.

The Mississippi Legislature could write bills granting such rights to undocumented immigrants, but it doesn’t. It’s no surprise that the state’s government will sit idly by during raids such as this one.

Even U.S. citizens such as myself aren’t 100% safe. It’s common for potential employers to ask for a barrage of documents when we apply for jobs “just to be sure” we’re really citizens or have another form of legal status. White applicants and employees always have the basic right to exist.

In Tupelo, where I live, the local Department of Public Safety office doesn’t renew driver’s licenses for U.S. citizens who are naturalized because they claim not to have enough staff with experience to do so. We are sent to New Albany, a town that’s at least a half an hour away.

These small displays of power are only previews for big days such as this one. Sadly, undocumented immigrants don’t live their lives talking about “ifs” in their lives. Everyone prepares for the day hatred reaches them, but there’s no way to truly be ready when ICE comes.

No one wakes up to get ready for work expecting to be taken to a detention center.

There is no way to prepare yourself for having your life uprooted in the most inhumane way possible. Waiting can teach you patience, but that doesn’t mean the real moment won’t actually break you.

The Caste System Under Which We Live

Most Mississippians lump immigrants into one pool. Japanese, Indian, Chinese, Salvadoran, Haitian, Nigerian, Mexico. We usually tick an other circle during surveys here. We are invisible.

In reality, we know that the caste system under which we live is an underworld most people can’t begin to understand. There are those who are born here and of immigrant parents.

There are those like myself, who were able to become naturalized after an arduous and expensive journey. It took me 22 years to become a U.S. citizen. It took 15 years for me to see relatives my mother and I left behind in El Salvador.

There are those who have a green card, and hope that they too, will someday carry the coveted navy blue passport. Green cards don’t actually protect you from deportation under all circumstances, but they do provide a breath of fresh air.

Because once you get down to people who have deferred action for child arrivals (DACA) or visas obtained because of domestic violence (U-visas) or temporary protected status (TPS), you’re an immigrant always in limbo. Like a trapeze artist, there’s a tightrope you can walk on, but immigration laws and executive orders could suddenly change your life, and you could fall hard without a net to catch you.

And then there are undocumented immigrants. The most forgotten and vulnerable in our fragile caste system. The way ICE separates immigrant families today is reminiscent of the way slaves and Native Americans were separated from their children during the up until the 1970s.

I don’t personally know anyone arrested in these raids. Some of you reading this might. What I do know is that as someone who has a modicum of privileges in this country I can vote in every election so that xenophobic and racist candidates (who often harbor other “isms”) know that things must change.

We can all do our part. Those of us who have a platform can commit to making sure that we provide a welcoming space for undocumented immigrants who choose to share their stories with us. This will mean following the lead of those directly affected by injustices in this country and state when they choose to organize themselves. That’s what true hospitality really means.

Ingrid Cruz is a freelance writer living in Tupelo, Miss. Read coverage of the ICE raids in Mississippi and other past immigration reporting at jfp.ms/immigration.