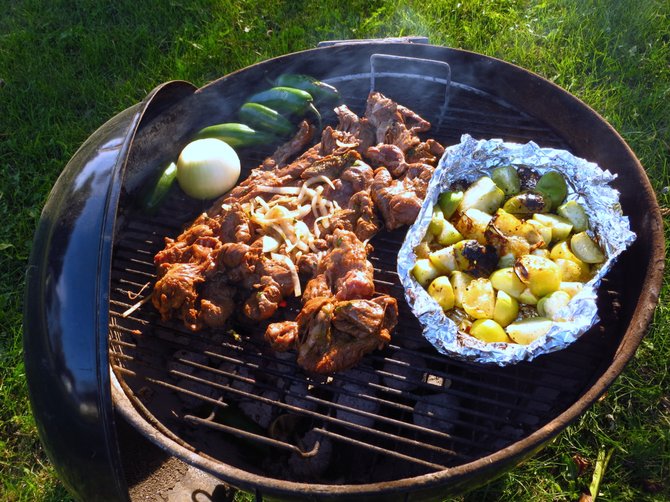 Barbecue reigns supreme in the South, but how well do you know the Latin American version?

To many immigrants or out-of-state transplants who aren't from the South, Mississippi isn't just a place with blues music, a complicated race heritage and southern accents. Mississippi and its fellow Deep South states also taste different. For me, coming to the Magnolia State turned the meaning of the word "barbecue" upside down.

When you attend a southern barbecue, you might receive dishes such as a pulled-pork sandwich with coleslaw and sweet beans or a rack of ribs. Many Latinos have moved to Mississippi over the past 10 years, so it's imperative that we all at least learn what to expect in our versions of barbecue in order to make eating and socializing easier for everyone.

The first time I ever received a southern barbecue dish, I told the chef in charge, "This isn't barbecue." In Spanish, many in the Latino community usually make carne asada, which literally translates to "grilled meat." In English, barbecue literally means "parillada," an item that has been grilled.

Because of the richness of culture in Latin America, Mexicans and Argentineans make their carne asada and asado very differently. Both of these terms essentially mean barbecue to any Spanish speaker, but these two countries have extremely different cultures, and their techniques are the most common ones you can expect to see in the U.S.

In a Mexican-style carne asada, you can expect beans, rice and tortillas. The meat is marinated with citrus, seasoning or table salt, and maybe onions, bell pepper and cilantro. It is common to serve chicken, sausage or moronga—sausage made of pig's blood.

In 2010, when I first moved to Mississippi, several Mexican cuts of beef were difficult to find, but now carnicerias (Mexican butcher shops) are becoming more common in the state. These carnicerias sometimes sell meat that is already marinated, and the only thing a chef has to do is put it on the grill. It's common to grill corn, onions or scallions along with the meal. Slices of lemon are usually available to those who prefer acidity, as Mexican carne asadas consist of salty foods that go well with lemon and jalapenos, which may be grilled as well, and pair well with a pale beer.

Few Argentinians live in the United States, and even fewer in Mississippi, but their asado (their version of barbecue) is world-famous and may be something Mississippi chefs might want to experiment with. In Argentina, the asado is traditionally made in a person's home, though Argentinian asado in the U.S. is usually found in restaurants. This barbecue is more about the fire. It's important to control the temperature, and you can grill in several traditional ways: wood-fire, coal or a pit using earthenware (especially common in rural areas).

Traditional cuts include steak, sausage, morcilla (sausage made of pig's blood), and can include goat meat, lamb or chicken. Usually there is a sauce called chimichurri, a green or red sauce used for grilled meat. Argentinian asados are actually very veggie friendly and include provoleta, a type of provolone cheese that is barbecued and served as an appetizer. Vegetarians will often eat it as a main course. Some chefs also grill eggplant, zucchini, garlic or red bell, and salads are always a part of the meal.

Tortillas are never a part of Argentine barbecues, and you'll never find any lemon slices or spicy condiments. Argentina asado is best paired with red wine for beef eaters, and white wine for those who prefer chicken.

In Argentina, it's common to prepare the asado on a Sunday or a holiday and parrilleros (the person in charge of the grill) invites family and friends. Sometimes common the parrillero or a guest makes pizza on the grill during an asado. In Mexico, a carne asada is prepared on either Saturday or Sunday, perhaps for a birthday, or a holiday.

With such large differences in barbecue style in two of the biggest countries in Latin America, it's no wonder many of Mississippi's new Latinos feel culture shock when they first attend a southern barbecue. But, like in the Deep South, an invitation to a Latino barbecue is a sign of friendship and fellowship. Revel in the fact that you're considered a friend and enjoy these new barbecue styles.