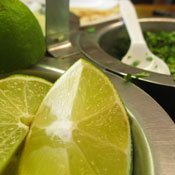 If you are also disappointed in the Mexican fare Jackson has to offer, never fear. Taqueria Guanajuato brings delicious and, most importantly, authentic Mexican food to the greater Jackson area. On Highway 49 in Richland, the taqueria has a handful of tables and a wall full of coolers stocked with everything from Jarritos fruit drinks to that sought-after Coca-Cola made with real sugar instead of corn syrup, and an impressive display of horchata. The menu boasts traditional fare such as barbacoa and sesos, or beef brains. For those fearful eaters, the pollo is moist and evenly spiced, and the carne asada and the carnitas are palate pleasing as well. All tacos are served with a tray of chopped cilantro, sweet onions and lime as well as grilled cactus and onions.

Note: The owner of Guanajuato is planning to move his establishment to Jackson in December or January.

If driving to Rankin County is too far for you Jacksonians, more authentic Mexican food awaits on Old Canton Road in Ridgeland. Taqueria La Guadalupe carries similar meats to Guanajuato, but is a smaller space and is mainly for takeout. Next door, the Guadalupe grocery welcomes shoppers to purchase fresh tortillas and plantain chips as well as the same range of drinks Guanajuato offers. The barbacoa and pork are all awesomely slow cooked and add the right kick to the freshly made tortillas. Guadalupe is definitely worth trying if you're tired of high sodium and dairy laden Mexican foods.

And a new one - Carniceria Valdez across Old Canton from the Taqueria La Guadalupe. Its got more tables than La Guadalupe, plus the range of drinks mentioned above,and a few more. They offer aguas frescas like agua de orchata, pina, mango and more. And oh yes, fresh carnitas and chicharron (pork rinds) on the weekends. Delicious stuff. Also, their taco adobodo is to die for. Check 'em out.

Maybe this is a dumb question...but would any of these places be friendly to us vegetarians? I'd love something more authentic than the standard fare at our local margarita factories (nothing wrong with THAT) but I imagine these places are tougher to find black-bean-based fare. I'd probably even have to employ "don't ask, don't tell" on the lard used for the tortillas. ;-)

You'd be right about the origins of the lard in the tortillas - its what makes 'em good. And neither La Guadalupe or La Carniceria are veggie friendly.

Thanks for the addition, Pilgrim. I only just heard about Carniceria and have heard rumors of a couple of other grocery/pseudo-taquerias around town, but have yet to find them. itodd, Guanajuato has been really helpful to me when I've asked about ingredients and they're pretty veggie friendly aside from the tortillas.