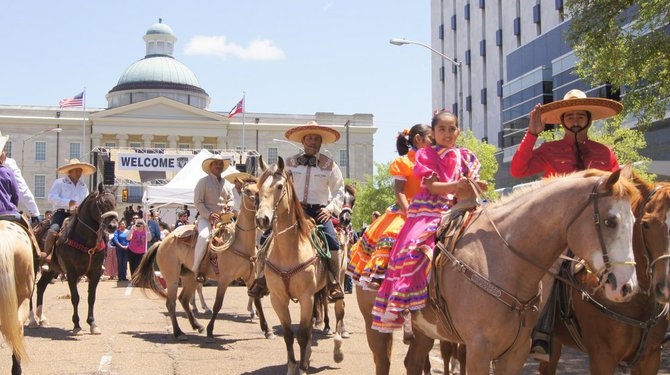 It's not every day that Capitol and State streets transform into a colorful fiesta with fragrant smells of carne asada, elote grilling and the aria of mariachi music lingering in the air. The Cinco de Mayo Mississippi Festival 2014 is happening again downtown Jackson May 3.

The holiday of Cinco de Mayo commemorates the victory of the Mexican Army, led by Gen. Ignacio Zaragoza, against French forces in the city of Puebla, Mexico, on May 5, 1862. Organizer Pete Castorena views the festival as a way to show the Mexican culture and celebrate with everyone. "It's a Mexican festival that includes different ethnic groups, a family-friendly multicultural festival that brings diversity and unity in one entire day," Castorena says. "I believe that it is time to make a difference by bringing people together to enjoy this great city and state."

Numerous vendors will be selling authentic food from Mexico, South America, and the United States, as well as beverages, jewelry, crafts, and many other items. The Mississippi Band of Choctaw Indians will hold an expo and feature art from the tribe. An authentic Mexican Charro rodeo parade will feature horseman decked out in elaborate silver-detailed costumes with sombreros.

Cinco de Mayo Mississippi is noon-11 p.m. May 3. Admission is $10 in advance, $15 at the gates for adults. Admission is $5 for children ages 6-12. Children under 6 get in free. For more information and a complete line-up of events, visit cincodemayomississippi.com.