Jesus in the La-Z-Boy 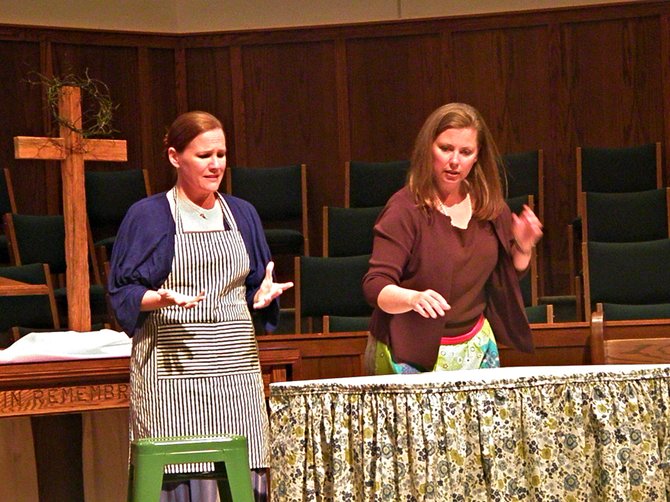 Grilled catfish, watermelon donkeys and Jesus in a La-Z-Boy might not be what you envision while reading the story of Martha and Mary, but it's exactly what you will find in "Martha," a one-act play by the Fish Tale Group Theatre.

Unlike the scenes in Luke 10:38-42, "Martha" takes place in the small southern town of Pickens, Miss. It opens with Martha preparing a meal to serve Jesus when he comes to visit. She drags Mary into the kitchen to help, but once he arrives, Mary retreats to the living room to sit at the feet of Jesus, who is seated in their father's La-Z-Boy chair. Several days later, after Jesus raised their brother Lazarus from the dead, we see Martha meeting with a psychiatrist to talk through her regret for not sitting with Jesus when he was at her home.

With the addition of the psychiatrist, the play allows the audience to see the different facets of Martha. She embodies what our society considers success—the busyness of it all, the rat race. "I doubt Jesus was not going to be fed well," says Holly Wiggs, who plays Martha. "I love Mary's line when she says, 'The God who made the stars in the universe has called you by name.' It just reminds us that in our busyness and in our successes, that none of that counts for anything if we don't also have the wherewithal to be still enough to hear the voice of God, to hear the call, to hear our name, to be able to listen as well."

For Malaika Quarterman, who plays Mary, she says that sometimes we can allow 'what we do' to become our total identity Christ. "When the giving back becomes your identity in Christ and to Christ instead of the relationship with him, I think we lose sight of that as a society that celebrates achievement," she says.