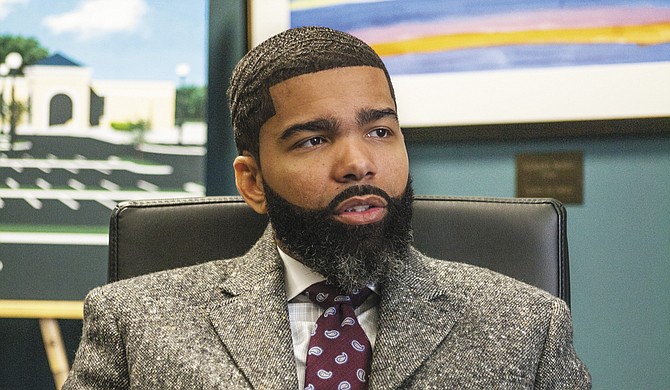 Mayor Chokwe Antar Lumumba held a press conference on May 21, where he acknowledged the City of Jackson failed to respond appropriately to a road hazard which caused a fatal crash on May 17. Photo by Stephen Wilson.